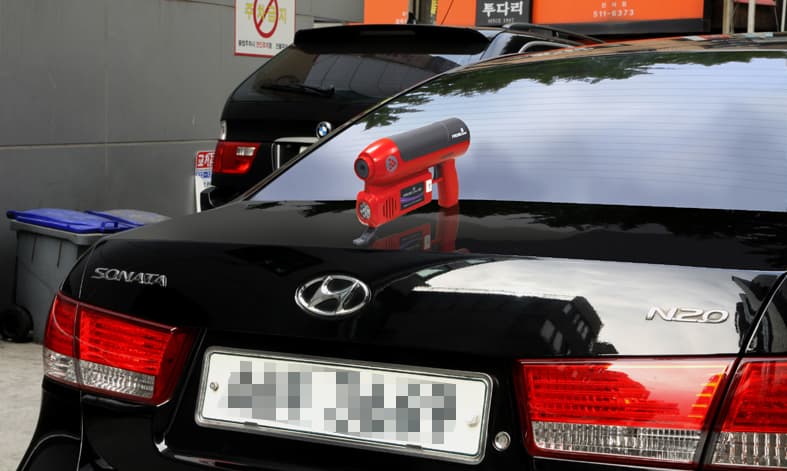 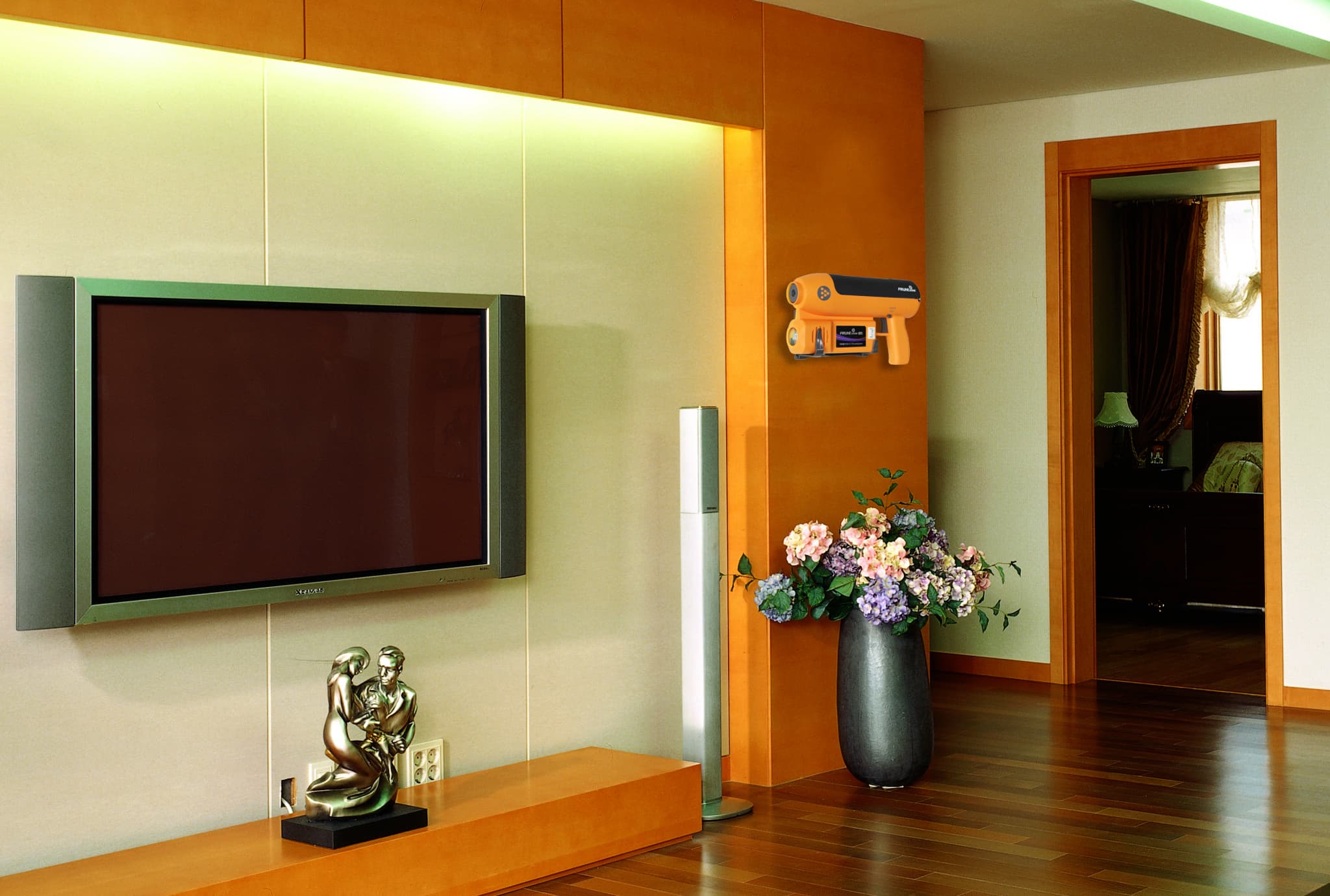 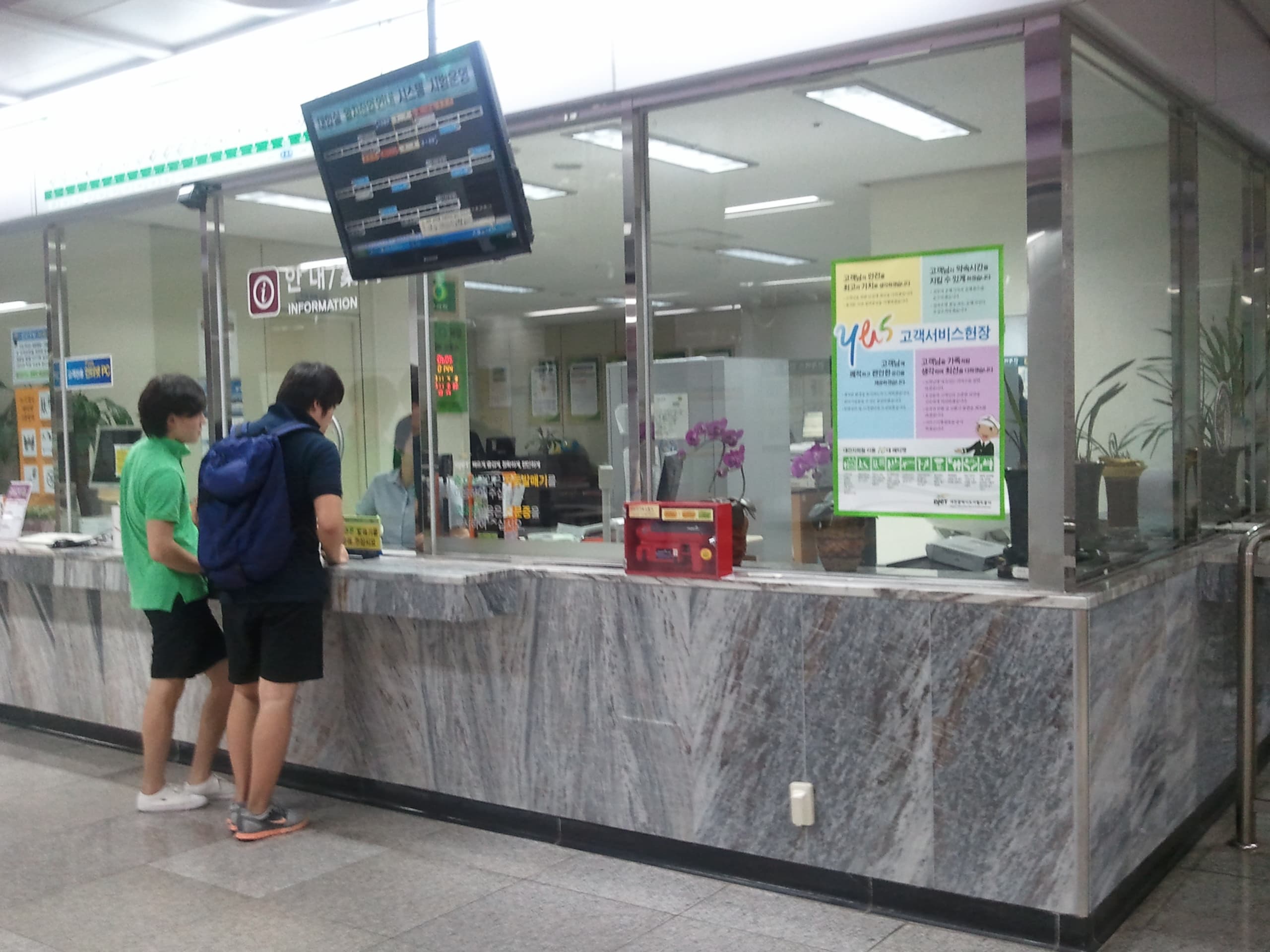 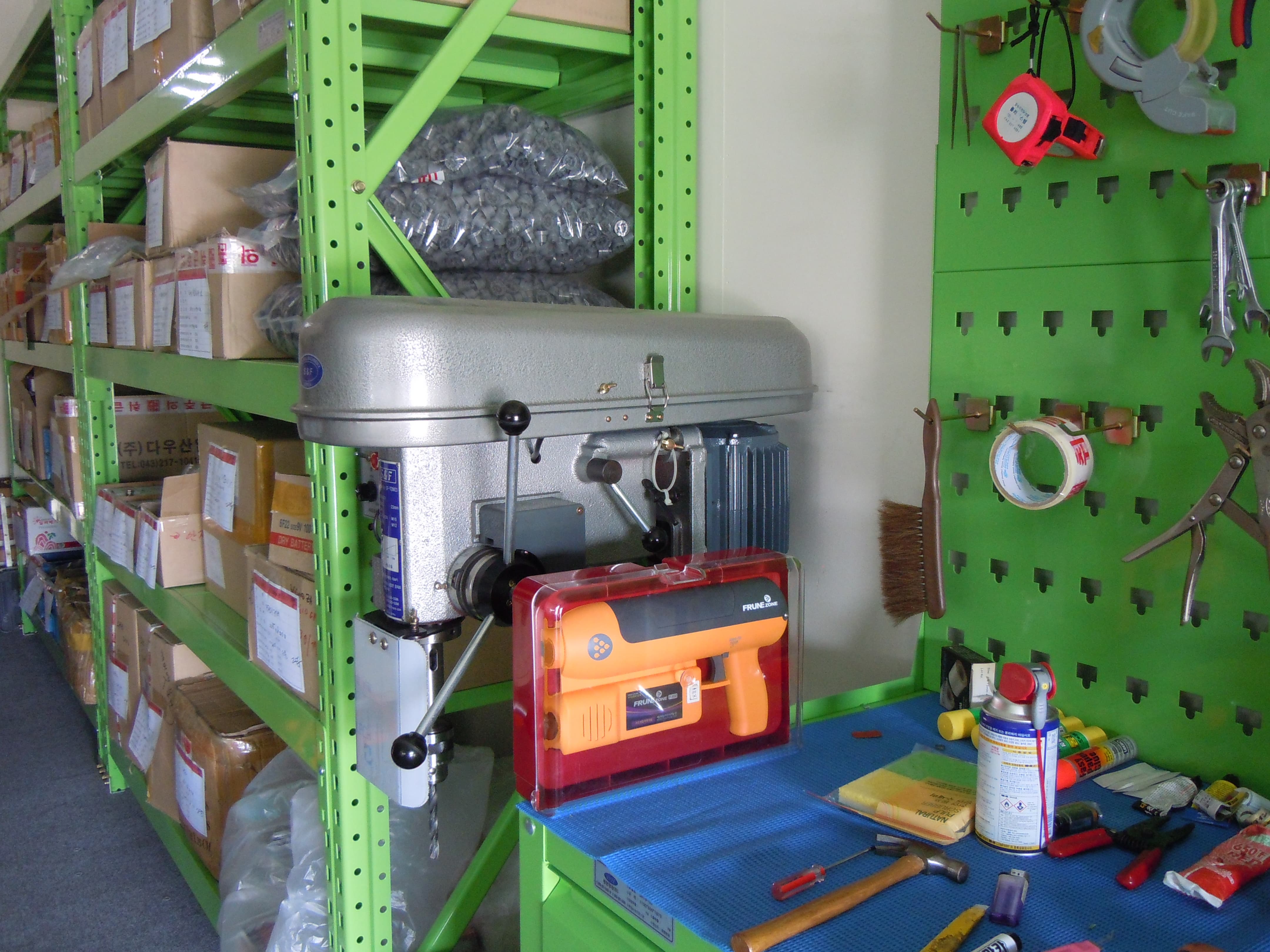 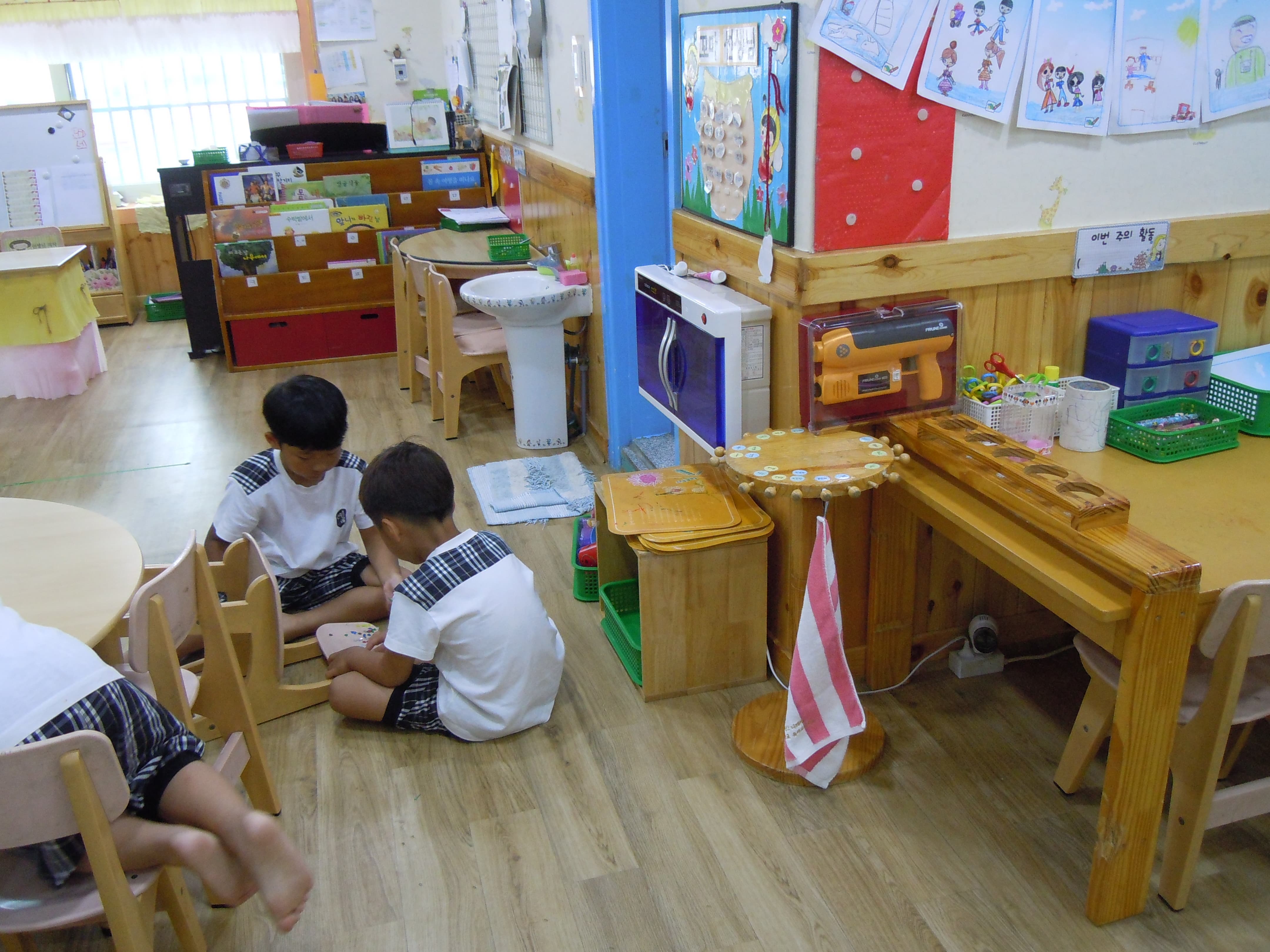 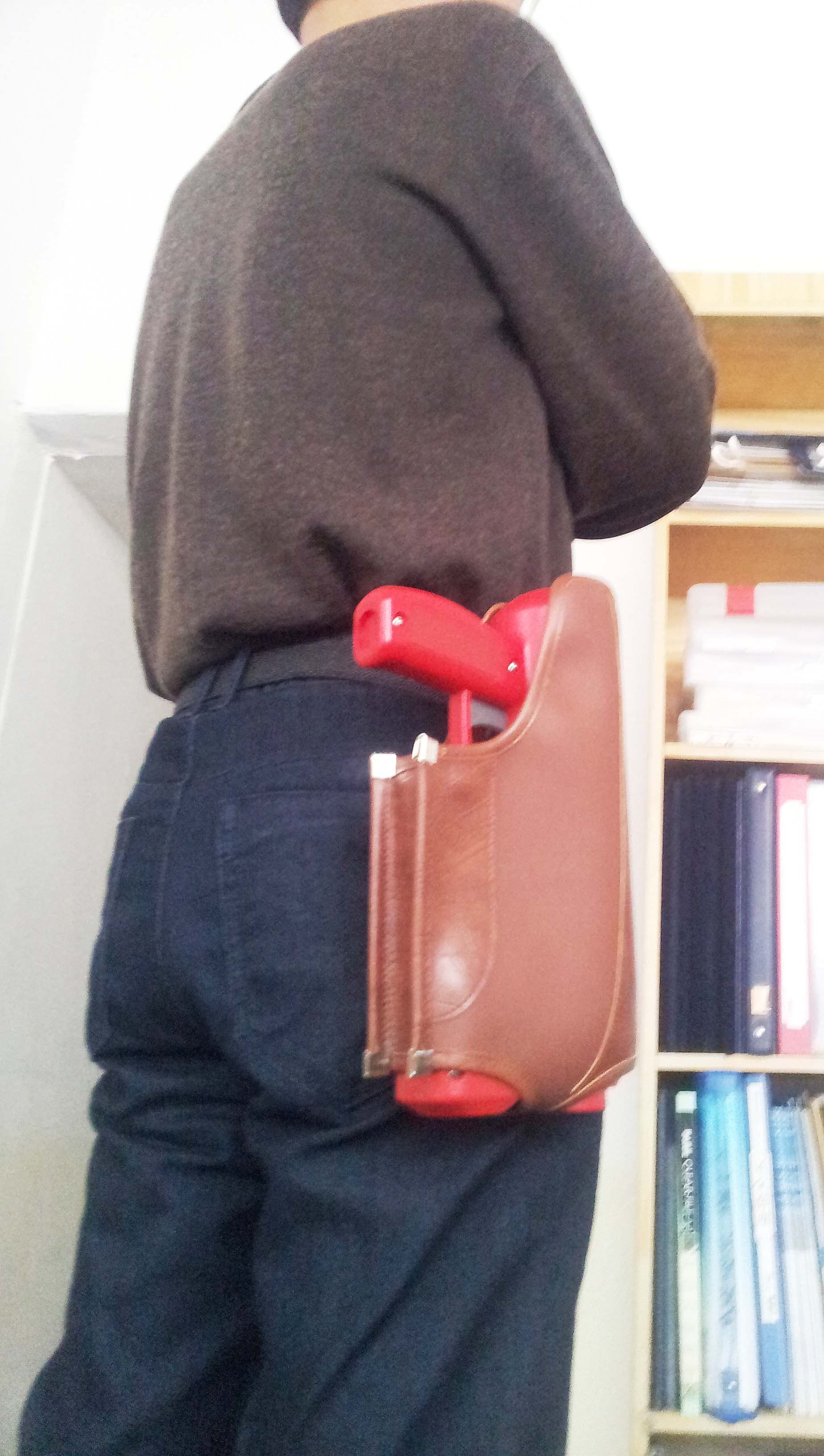 
FRUNE F-1000 is equipped with an eco-friendly fire extinguishing agent, LED lantern lightening darkness, warning light and alarm sound signaling danger and tripod function when care breaks down, and is conveniently designed to use anytime and anywhere.

it is estimated that there are over 50,000 housing fires and over 25,000 vehicle fires on the annual basis, signaling that in our society, quite a few people are still insensitive to fire safety, and the existing fire extinguisher is left alone at their invisible comes although it needs to be visible placed at housing or vehicle, etc.

In particular, the existing fire extinguisher is not easy to locate at night, has inconvenient procedures such as pulling out a safety pin, etc, and is separated from a lantern, which makes it diffucult to use properly, leading to failure to extinguish a fire in the early stage, causing problems such as loss of life and damaged properly. 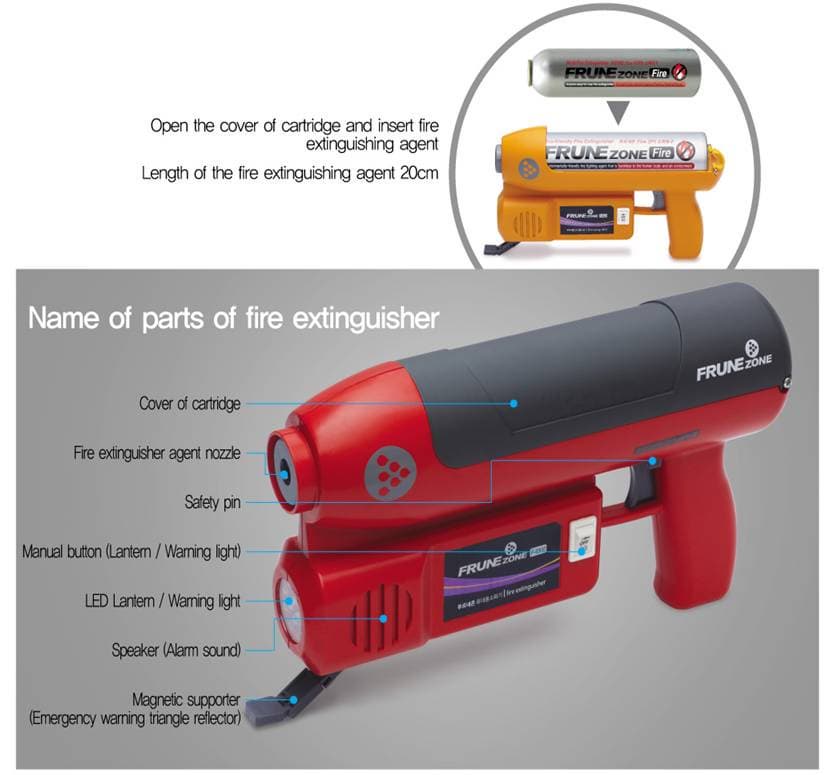 Majority of the existing fire extinguishers use halotron, powder, and CO2, etc, and cause environmental damage, being less used worldwide, also having problems such as inconveniences in using a fire extinguisher when fire occurs.

Common disadvantages while in use of fire extinguisher worldwide.

How to use and functions 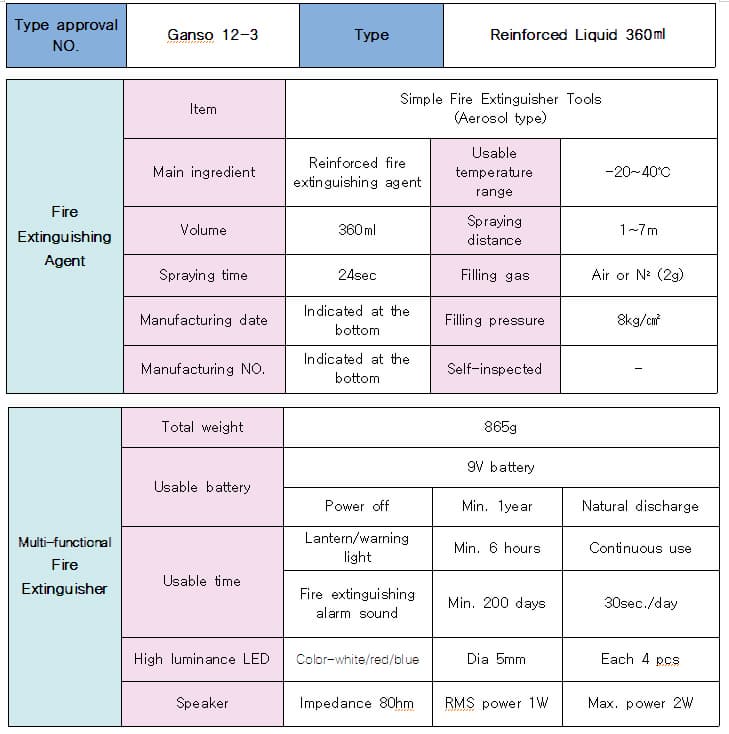 We will use our best efforts to introduce a better new product and new technology steadily.