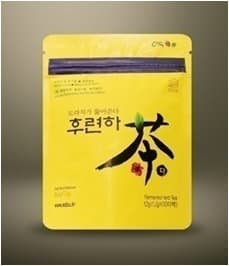 Balloon flower roots is a good medicine for cough, phlegm, and bronchial tubes. If you feel heavy in your neck, if you often smoke, Now drink IDO’s “Relief tea” .

The fermentation process allow the taste to get smooth and the saponin content to be increased. It also let your body absorb more effectively. Children can drink it like water.

Relief Tea, Story Of Its First Birth
The main ingredients Balloonflower root, miltiorrkizae root, polygoni root and Lonicera flower that are adopted in this tea has variety of functions & components. It grows through number of procedures to change it's strong, raw and tough taste into soft and tasty.
When we receive ingredients, the first sorting - washing - the second sorting - steaming - fermentation - drying - aging - drying - pan firing - the third sorting - packaging. After all these procedures, it reborns as new feature and taste.
To achieve Relief Tea's objective, long time of R&D found fantastic mixing ratio of 40:30:20:10 between Balloonflower root, miltiorrkizae root , polygoni root and Lonicera flower, it finally packed into triangle shaped tea bag.

Ways to Enjoy IDO's Fermented Tea
1. Brew for more than a minute with hot water (80 ~ 90℃) 300ml~500ml
2. Can use coffee maker to brew
3. During summer, you can serve chilled
4. Like water, drink all day through
5. Can be enjoyed by children (no caffeine)
6. Recommended for heavy smokers