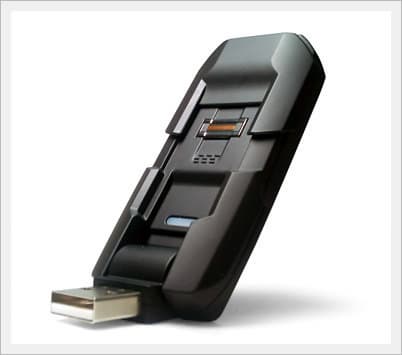 BIO USB is a fingerprint recognition security USB memory storage. Since it equipped with three ways of data security system, nobody but the owner of it can access the stored data.
It is the most strongest data security USB in the world that will ensure your precious data to be protected and preserved from any data leakage accident.

Data Security System With A Real Built-in Hardware Encryption and Decryption Function.
- BEFS has developed its own ASIC Chip composed of a strong security algorithm. A security engine is built-in as a hardware block.

Fingerprint Authentication Security System
- After registering an owner's fingerprint (or multiple), only the certified owner is able to use the BIO USB. Its use is especially simple and easy.

PLUG & PLAY
- Without installing any software and driver, it can be used for any PC. Lost, stolen, hacked..
People in the world are threatened by cyber crime today but you don't have to worry about them if you have BIO USB.

The British government is to data protection as Hurricane Katrina was to New Orleans property values. In the past we have covered the loss of data, including bank details, for 25 million people, and government intelligence documents seem to repeatedly get left on trains or in bars. Now, Home Secretary Jacqui Smith has announced that a memory stick containing information on thousands of individuals in the criminal justice system has also gone walkabout. Fingerprint Security DSP : It protects from external hacking as all the registered fingerprint image is saved separately in security DSP chip. BEFS security controller chip encrypts all data coming into the chip.
Even though professional hacker tries to hack, it is impossible.
Because the data inside of the chip has been encrypted perfectly. User Password Security : In case there is a problem in fingerprint, we support password method security system to allow re-registration of fingerprint by entering password. (if password authentication is failed three times, the user program change to security mode). This password can be recreated by user with combinations of numbers and characters through user program. *In addition to the password registration, various kinds of functions are available such as registering additional fingerprint, deleting, data formatting, checking system info.

No need to any other program installation!!
Plug & Play method BIO USB BEFS CO.,LTD. is located in Seoul, Korea. Young Tae Park, CEO, founded this company in 2009 with his corporate management sprits of Passion, integrity and professional mind. Armed with the three spiritual Philosophies, BEFS is focusing on the data security business which is increasingly demanded by an extraordinary expansion in the information technology industry. When you wish to ensure your data is secured and preserved, BEFS is there with you. With a growing global need for a data security issue, BEFS is dedicated to producing an unique and strong data security solution with our own innovative idea. BEFS is always and will be your true support.