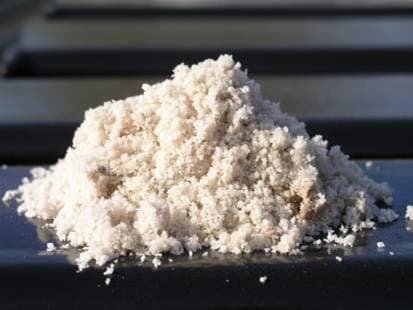 Struvite (MgNH4PO4.6H2O), sometimes also called Magnesium Ammonium Phosphate Hexahydrate (MAP). Struvite is a bioavailable, slow-release fertiliser; it is compact and can be stored, transported and applied easily, and does not smell. Struvite, which contains valuable nutrients like nitrogen and phosphorus, can be applied to soil and used as fertiliser for crops.

Struvite mineral commonly found as a product of organic decay in putrescent matter, canned foods or other bacterial action on organic compounds, and as a constituent of human kidney and bladder stones in alkaline and infected urines.

Struvite can be applied to fields just like any other fertiliser. In a simple granulation drum, the powder can be transformed into granules. In granular form, a fertiliser is easier to apply and does not cake in moist environments. Struvite performs comparably to diammonium phosphate (DAP) fertiliser and has the following advantages:
Bio-available: The nutrients in struvite can be readily absorbed by the plant.
Slow-release: Due to its low solubility, struvite guarantees a slow but steady nutrient supply.    Highly pure: the struvite has little contaminants.

LOTUS (GUANGZHOU) INDUSTRIAL CO., LTD is a professional manufacturer of Eco-friendly products. Located in Guangzhou city, it has a full capacity to carry out a service of imports and exports. We mainly supply Guano phosphate, feather meal, PMS (Potassium magnesium sulfate fertilizer) and Triple super- phosphate fertilizer for agriculture and animal feed industry.

We active in the domestic and international markets since our establishment. Have enjoyed a good reputation among our customers. Based on understanding and meeting cutomer’s service, we always follow the original purpose of our firm “Build value for the customers, make opportunity for the staffs, create beneficial effect of the world, make a future of the enterprise”, with the faith of “Honesty, Efficience and Innovation”. We are working hard to be the most professional eco-organic fertilizer supplier all the time. 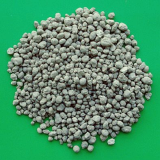 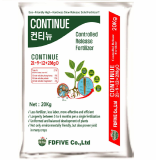