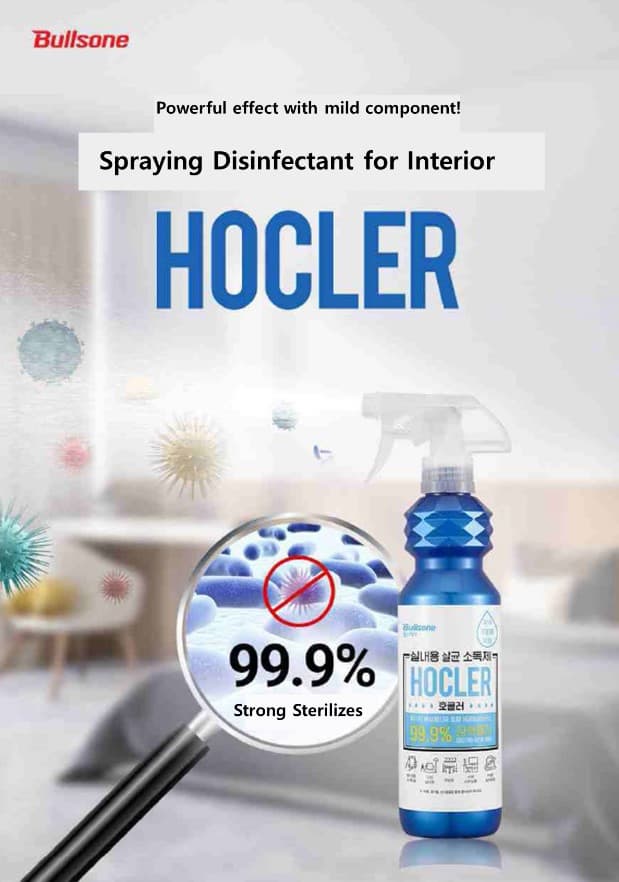 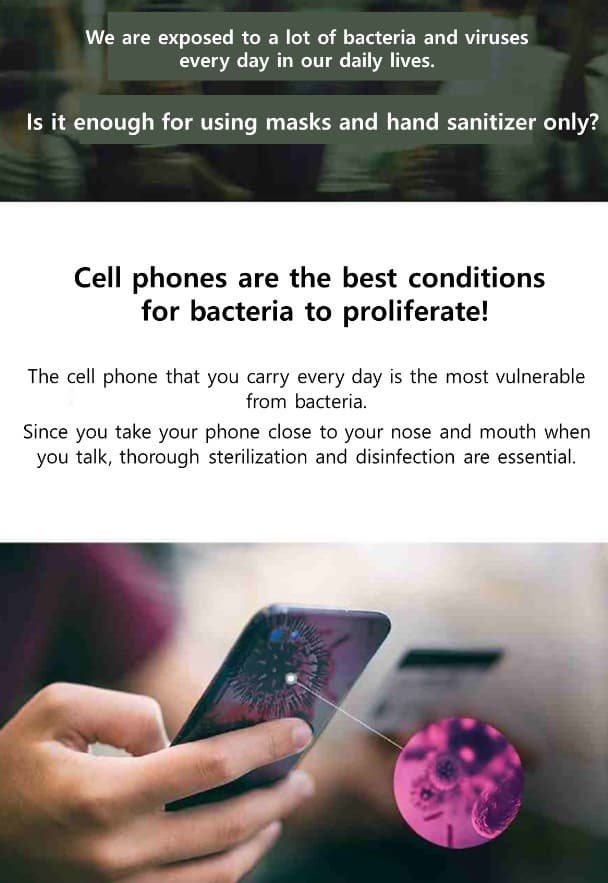 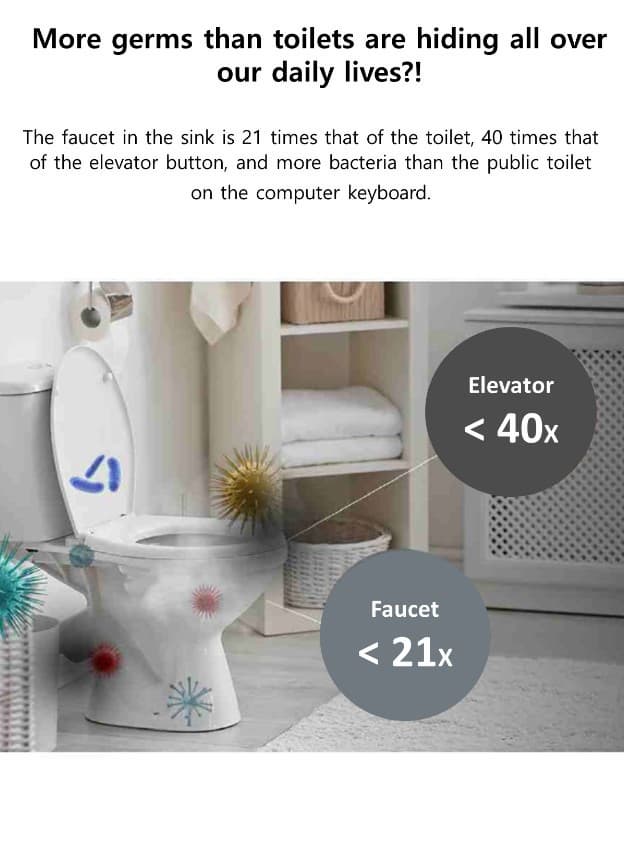 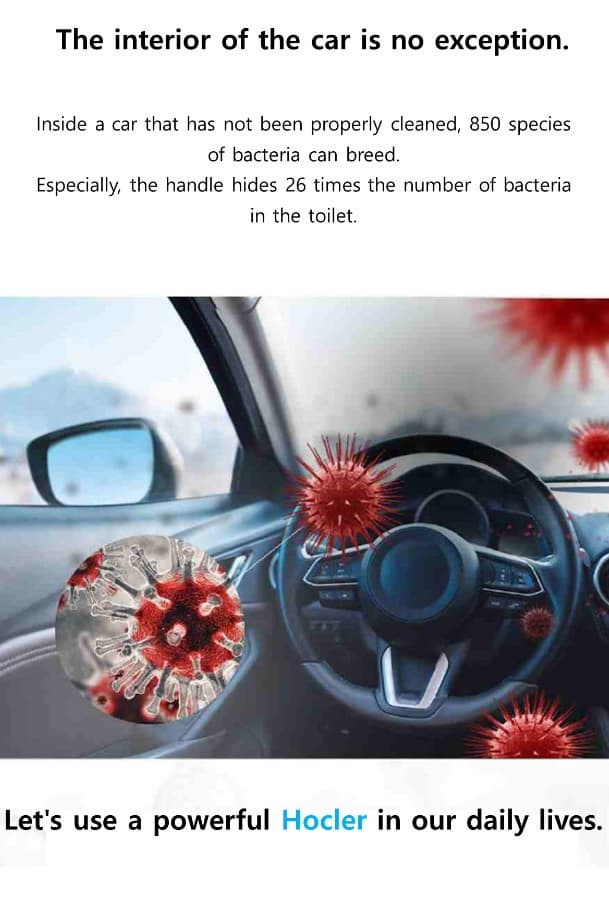 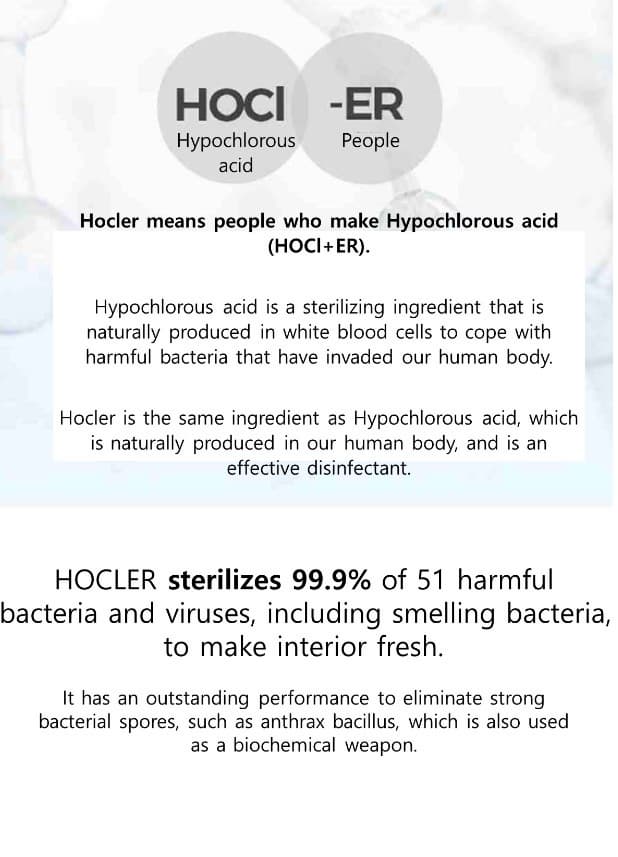 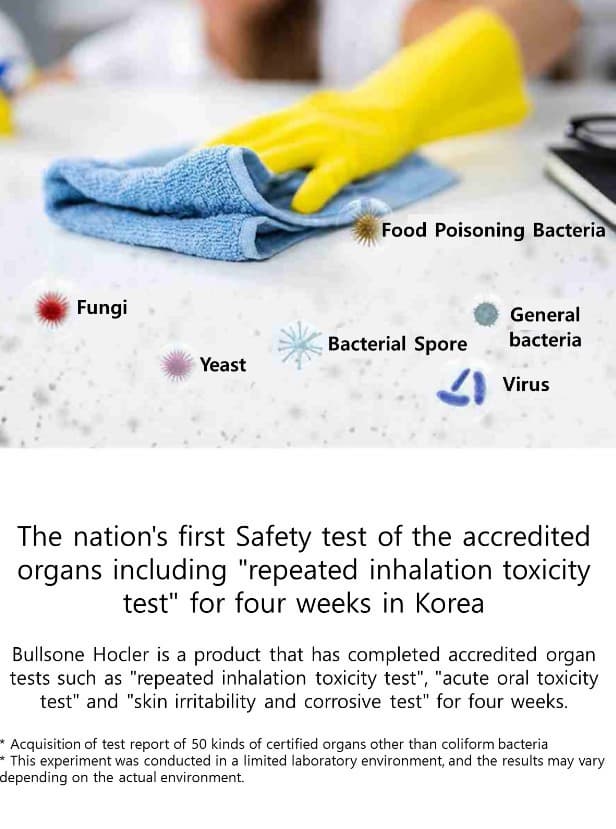 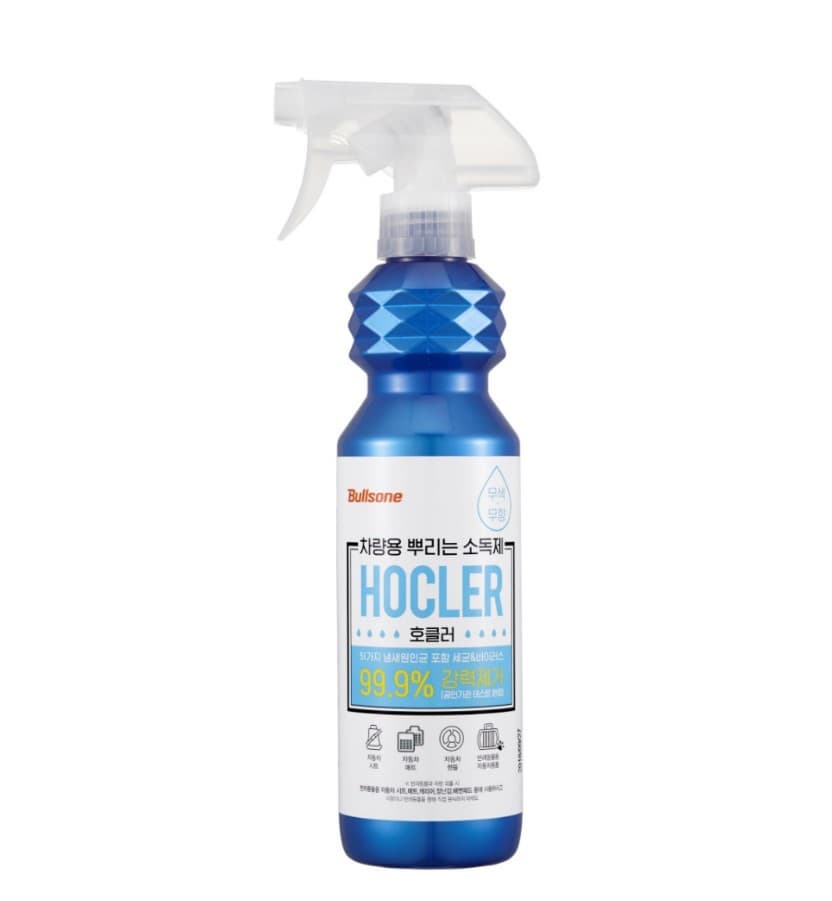 Hypochlorousacid (HOCl) is a Weak acid that forms when chlorine dissolves in water, and itself

partially dissociates, forming hypochlorite, ClO-. HClO and ClO- are oxidizers, and the primary disinfection agents of

- It’s mainly used as Disinfectant
- It has very strong sanitizing ability. According to the study, its sterilizing effect is stronger by 80 times than Sodium Hypochlorite(OCl-)

It is a powerful bactericidal component produced by the human body when white blood cells in the
blood attack harmful bacteria.

• Take care of your loved ones’ health from hazardous viruses with HOCLER. Viruses and odors in life
which are the cause of many diseases, are caused by the decay of various bacteria and  fungi.

• Its effect and safety have been proved from authorized organizations.

• It has an outstanding performance to eliminate strong bacterial spores, such as anthrax bacillus,
which is also used as a biochemically attack. So it is the way more effective for disinfecting than
Sodium hypochlorite.

üExpiry Date : 18 months from production date
üUsage
• A place where bacteria and viruses can multiply by frequent contact

• It can be used for pet supplies and surroundings

※ Do not use and spray directly to Human or Pets, Foods

※ Can be provided upon request

Bullsone is a manufacturer of total car care products in Korea and the company was founded in 2001. Bullsone has recently succeeded in diversifying its business centered on the premium healthcare brand 'Balance On' among various business fields. As of 2022, annual sales reached USD 130 million and the number of employees is approximately 300. Headquartered in Seoul, South Korea, and there are 10 locations including R&D center, factory and regional sales offices. Bullsone supplies its products to about 30 countries worldwide through exclusive local distributors. In the case of BalanceOn products, the functions of core patented materials have been recognized and are being supplied to companies specializing in rehabilitation and medical supplies in various countries.

BalanceOn is introducing a variety of functional products that help maintain correct posture at all times based on the ergonomic design using internationally patented material ‘Air-cell Vetagel™’. The core material, 'Air-cell Vetagel™' is a new material that combines high-elasticity special polymers in a double-layered honeycomb structure. The material provides an excellent body pressure distribution effect, helping to maintain an upright posture by reducing the burden on the hips and waist even when sitting for a long time. In addition, it is characterized by excellent air permeability and durability, so that it can be used comfortably without deformation. In particular, BalanceOn Plus, which is a product targeting medical supply companies, doubles the thickness of existing cushions to provide excellent pressure sore prevention effects to people in wheelchairs (completed peak pressure test by Korea Research Institute of Standards and Science). 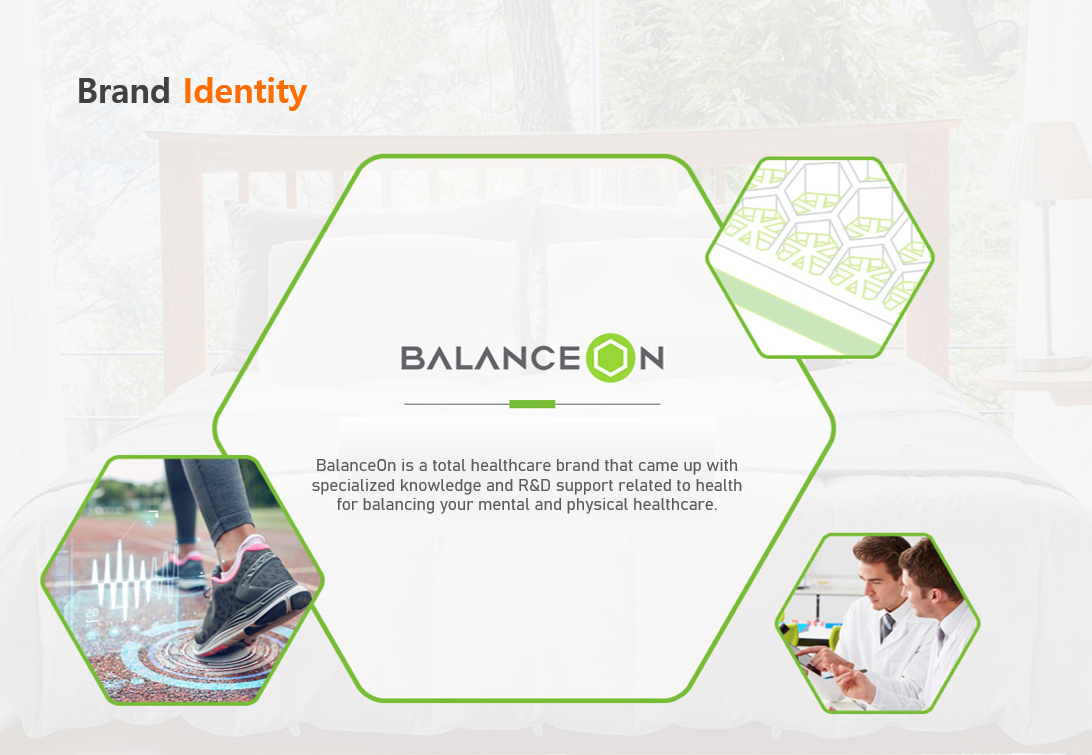 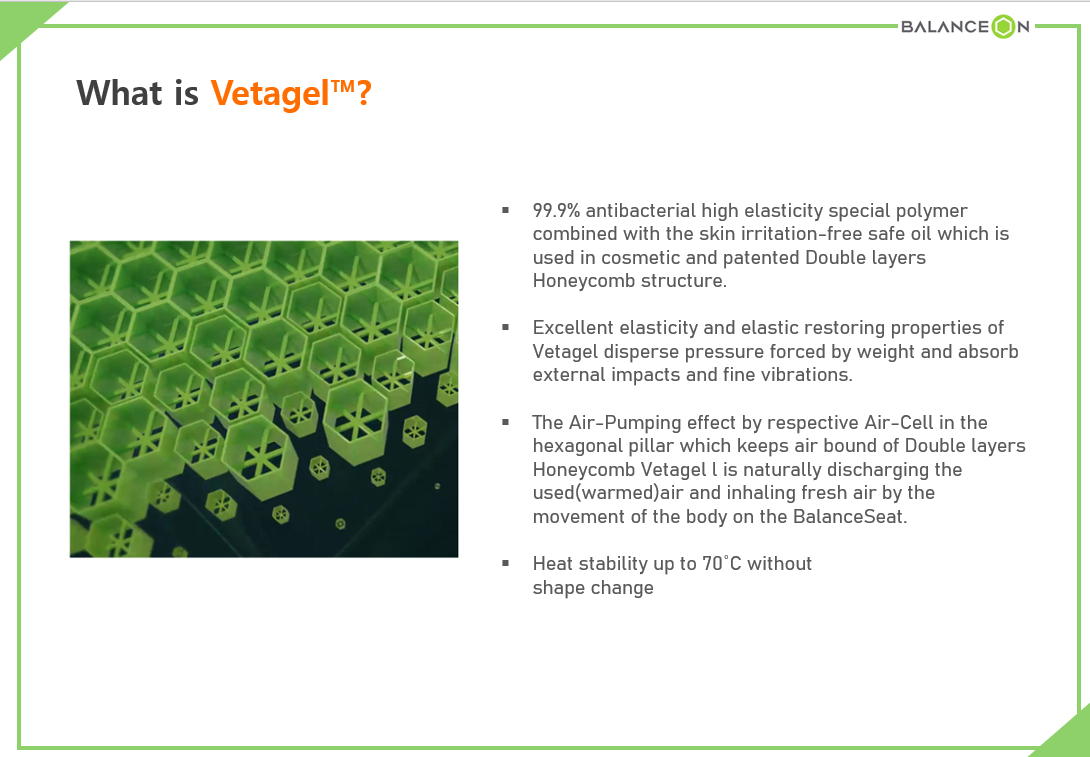 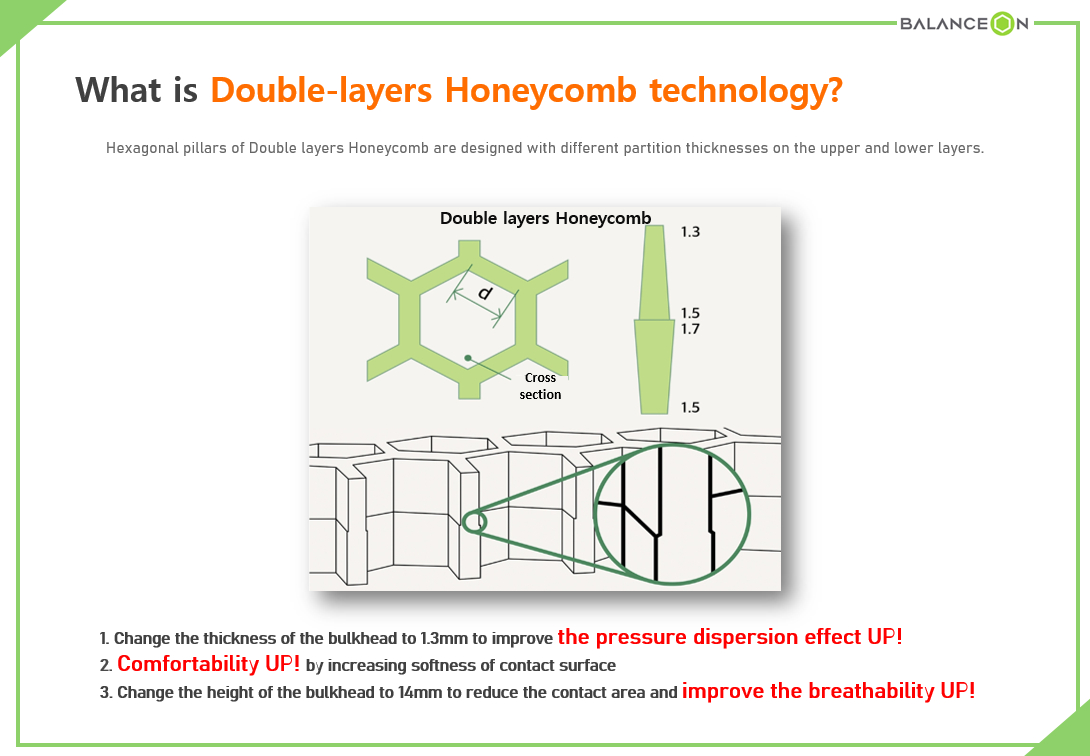 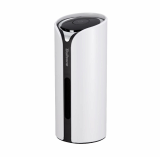