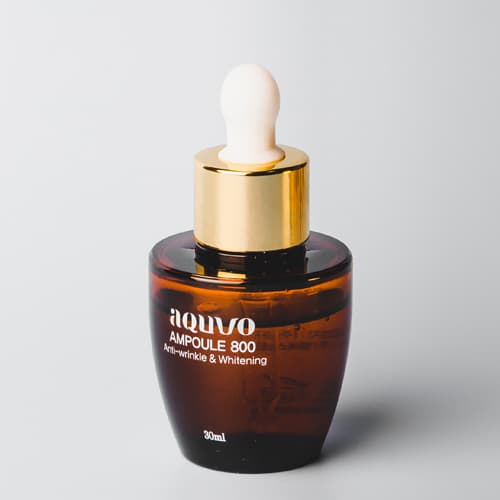 Our company is a company specializing inproducing facial masks and ampoule with the goal of exporting.

As a country that is famous for Hanryu(Korean Wave) and proven superiority, Korean cosmetics are becoming famous inmany countries around the world.

Our company is not producing existingproducts but is planning and producing idea products to aim overseas markets.

December 2016 Installation of productionfacilities for ampoule

We have produced our product targeting the world market from the planning stage with design andingredients that women around the world are likely to prefer.

With the brand AQUVO, it is composed of 4types of products, AQUVO Moisture, AQUVO whitening, AQUVO tight, and AQUVOcalming. We have widened the range of choices for consumers and also haveemphasized the moisturizing function that women around the world prefer. Inaddition, the 29 natural exracts and the main ingredients are added in aseparate ampoule so that it can easily be mixed before use. The trust andfreshness of the ingredients are increased.  In addition, the consumer can have a funexperience as an one-touch mixing method.

1. The whole world is our market.

2. What we produce and sell is not only theproduct but the satisfaction and experience.

3. We will plan and produce products thatstand out among the numerous products in the world.

4. You carve your own path. Endlesschallenge will light the way.

5. We will lead change. We will not stopand be satisfied with the current state. With such mindset, we will think ofyear 2017 as the year where we go out to the world. We will become a companythat develops every month, quarter, and year. ﻿