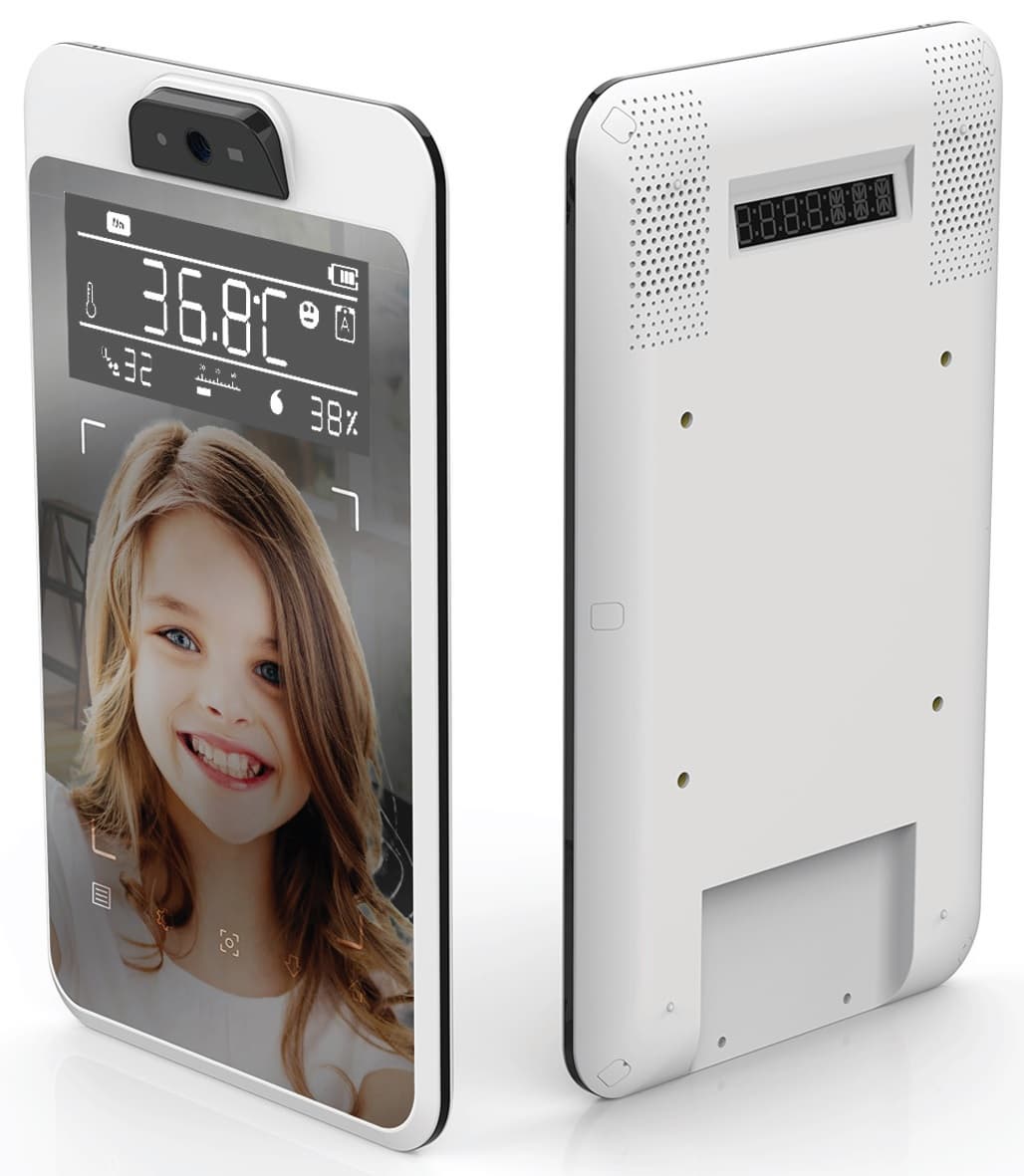 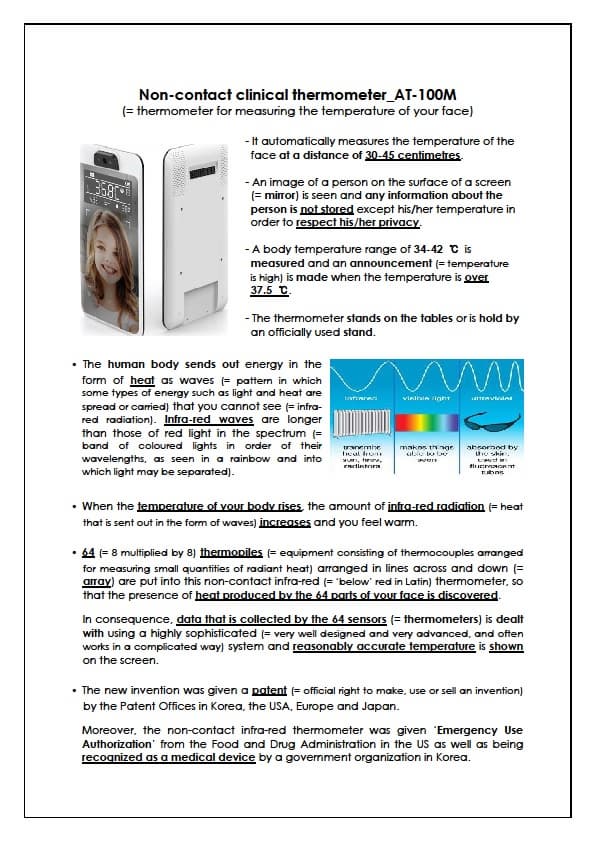 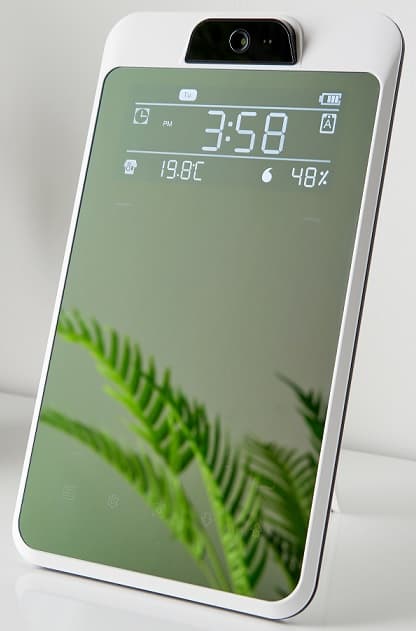 It automatically measures the temperature of the face at a distance of 30-45 centimetres.

An image of a person on the surface of a screen  (= mirror) is seen and any information about the person is not stored except his/her temperature in order to respect his/her privacy.

The thermometer stands on the tables or is hold by an officially used stand.

The human body sends out energy in the form of heat as waves (= pattern in which some types of energy such as light and heat are spread or carried) that you cannot see (= infra-red radiation). Infra-red waves are longer than those of red light in the spectrum (= band coloured lights in order of their wavelengths, as seen in a rainbow and into which light may be separated).

When the temperature of your body rises, the amount of infra-red radiation (= heat that is sent out in the form of waves) increases and you feel warm.

64 (= 8 multiplied by 8) thermopiles (= equipment consisting of thermocouples arranged for measuring small quantities of radiant heat) arranged in lines across and down (= array) are put into this non-contact infra-red (= ‘below’ red in Latin) thermometer, so that the presence of heat produced by the 64 parts of your face is discovered.

In consequence, data that is collected by the 64 sensors (= thermometers) is dealt with using a highly sophisticated (= very well designed and very advanced, and often works in a complicated way) system and reasonably accurate temperature is shown on the screen.

The new invention was given a patent (= official right to make, use or sell an invention) by the Patent Offices in Korea, the USA, Europe and Japan.

Moreover, the non-contact infra-red thermometer was given ‘Emergency Use Authorization’ from the Food and Drug Administration in the US as well as being recognized as a medical device by a government organization in Korea.