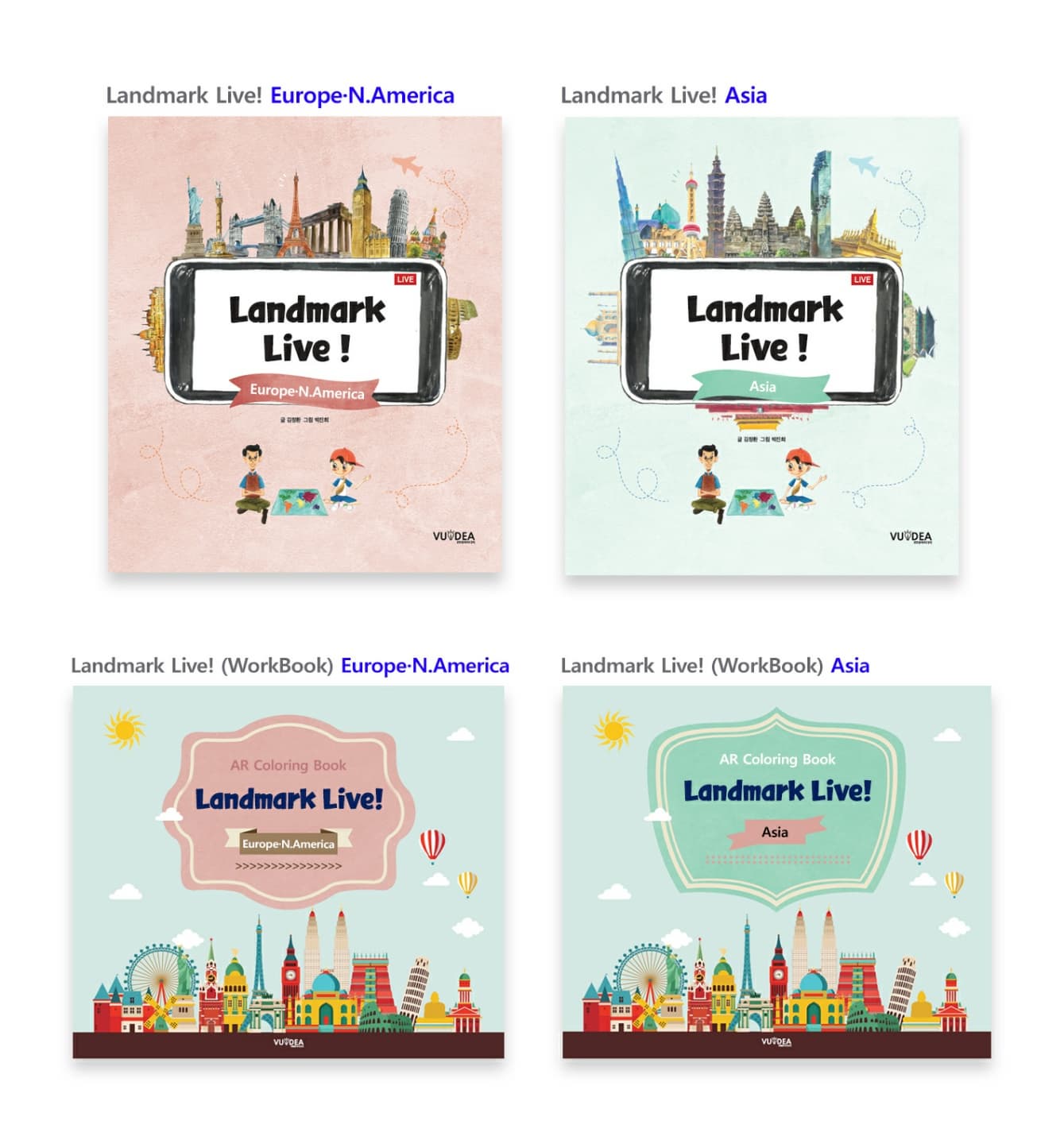 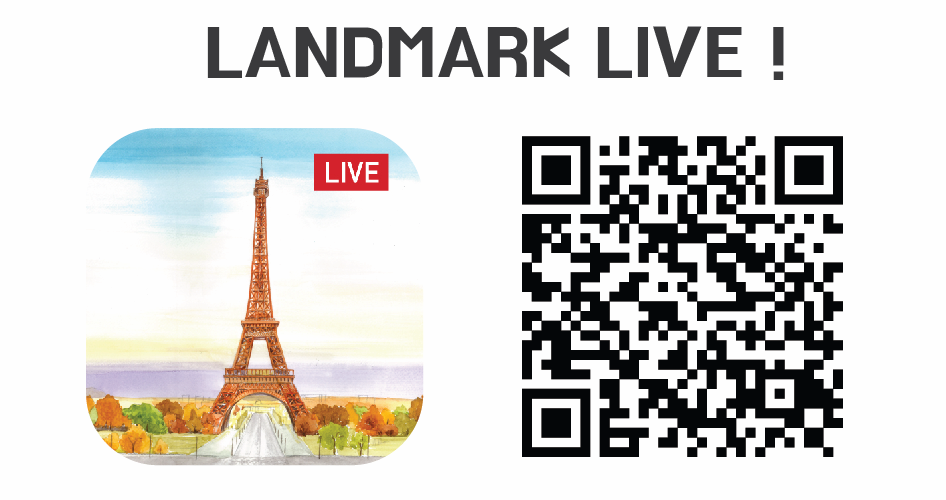 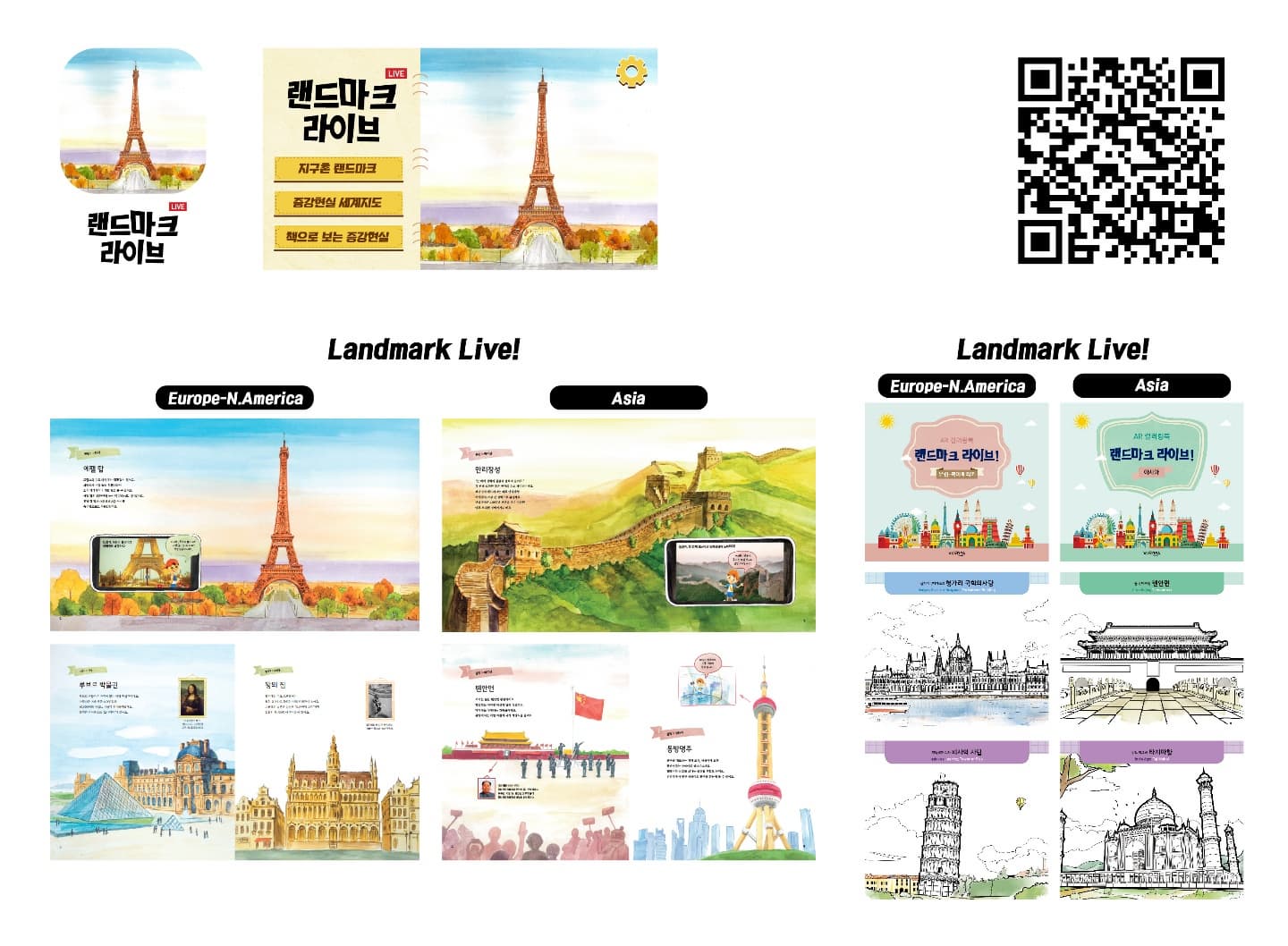 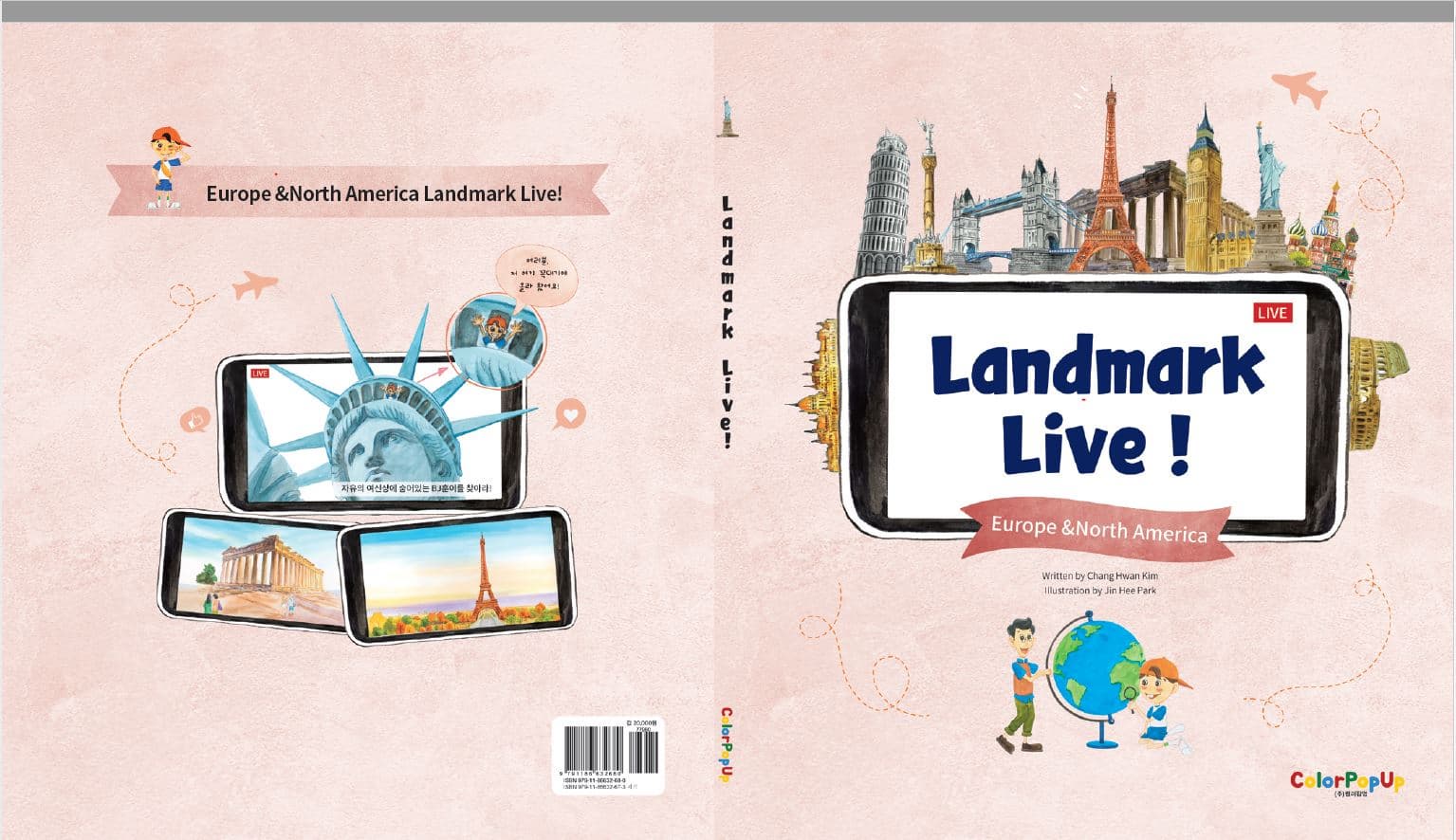 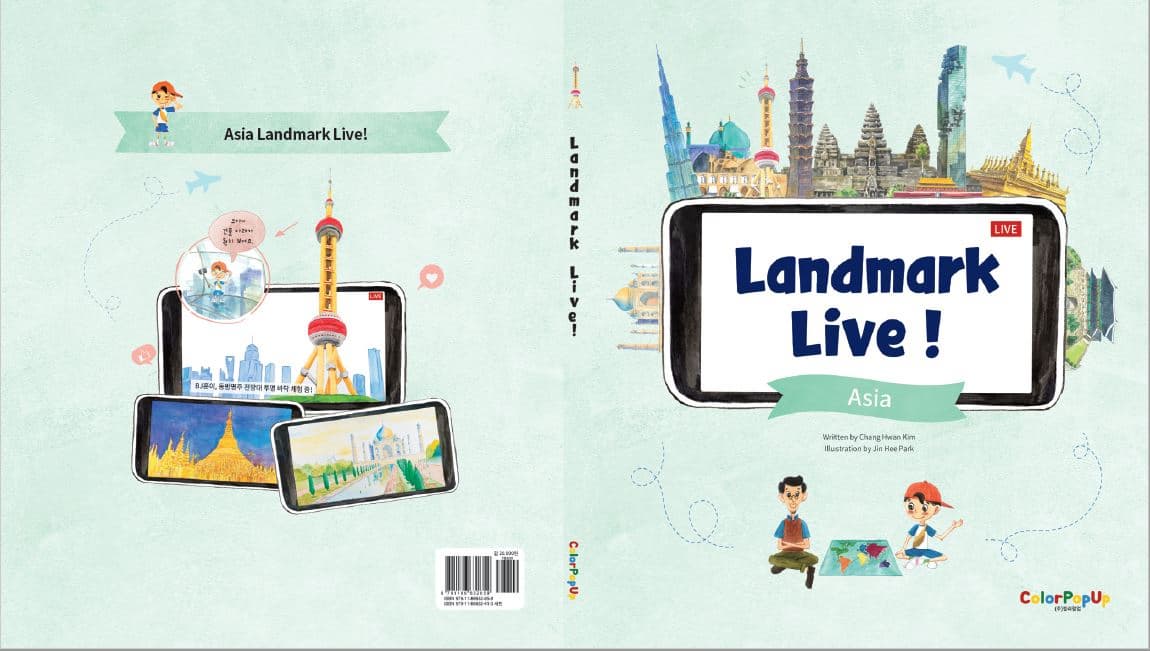 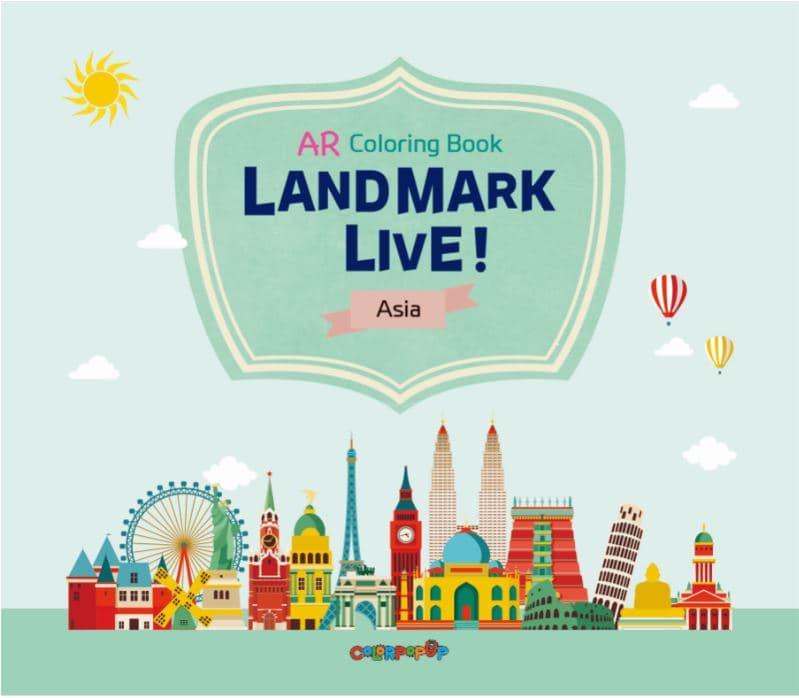 In addition, 10 kinds of coloring books have been awarded the Seoul Award, which is awarded only to the best product of the year in Seoul, for two years in 2018 and 2019.

Based on this, products have been exported to Indonesia, China, Taiwan, and Thailand, and are currently sold at Jingdong.com, especially in China, while products are licensed and sold at 200 stores nationwide at Kompas Gramedia, a large bookstore in Indonesia.

In particular, in 2022, two AR Accodion Books will be launched for the first time in the world, along with a total of 22 titles including 10 "Dinosaur Olympics" and 10 "Dingo & Friends".and 3 kinds of Landmark Live! Series

Through the Landmark Live! series, a total of 48 world landmarks can be viewed in a three-dimensional environment, and learning is also possible through holograms. You can also check the location of landmarks using mixed reality (MR) technology.

2)By using AR + VR + Hologram technology, you can learn the languages of 4 languages, and experience an intuitive augmentation as real-time conversion from colored coloring books to mobile is made)

3)It introduces 24 landmarks in Asia and 24 in Europe, and introduces the conversations a father and son feel while looking at each landmark while traveling the world. The cultural background, history, and architectural style of each landmark are introduced.