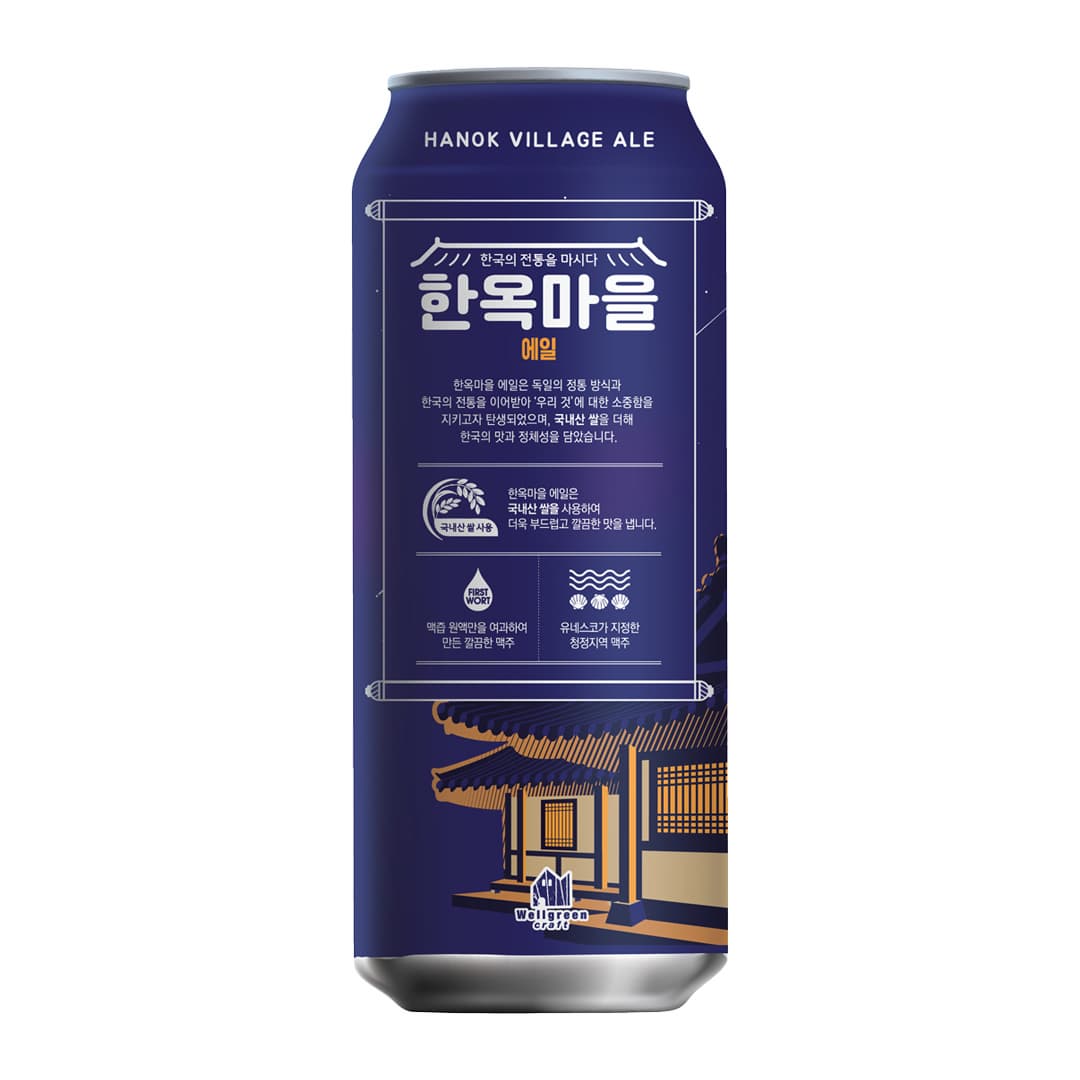 Hefeweizen-style ale beer which features a smooth and clean taste. Plus, it has Korean taste and identity.

Due to the global popularity of the Netflix series Squid Game which contains traditonal Korean games, it's becoming a trend of loving our traditions and culture.

Hanok Village Beer started to inherit Korean tradition and protect its importance. We're here to be the one that represents Korean craft beer.

- Smooth beer by using Korean rice with the idea of keeping our own thing.

- Clean and refreshing taste filtered by the first extract

- The launch of Hanok Village Ale, which reflects the interest and desire to protect Korean traditional culture 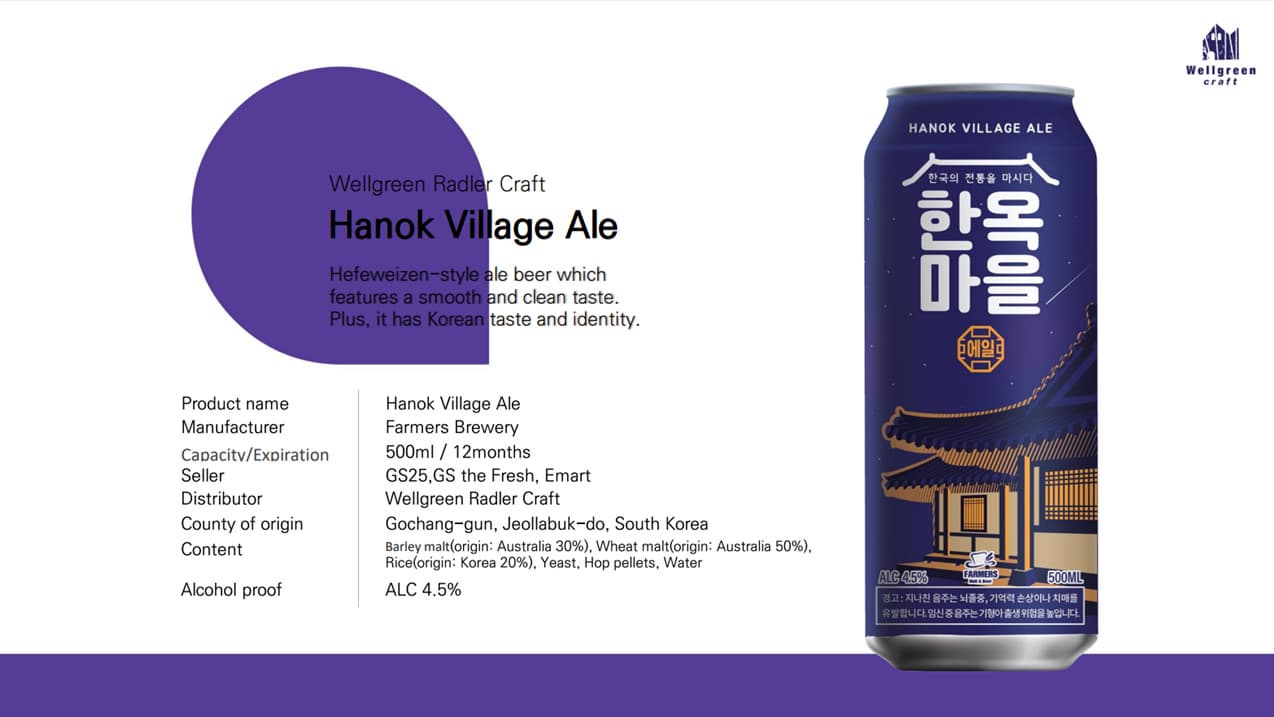 Wellgreen & Wellgreen Radler not only manufactures, imports, and distributes food and beverage, but also is a company specializing in daily distribution that distributes a variety of products such as electronic devices and pharmaceutical products.

Based on Gonjiam headquarters, we have offices in Seoul and manufacture products through a factory in Gimje Also, it has a branch in Vienna, Austria, to smoothly import and distribute European products. 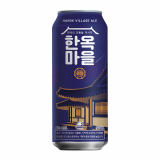