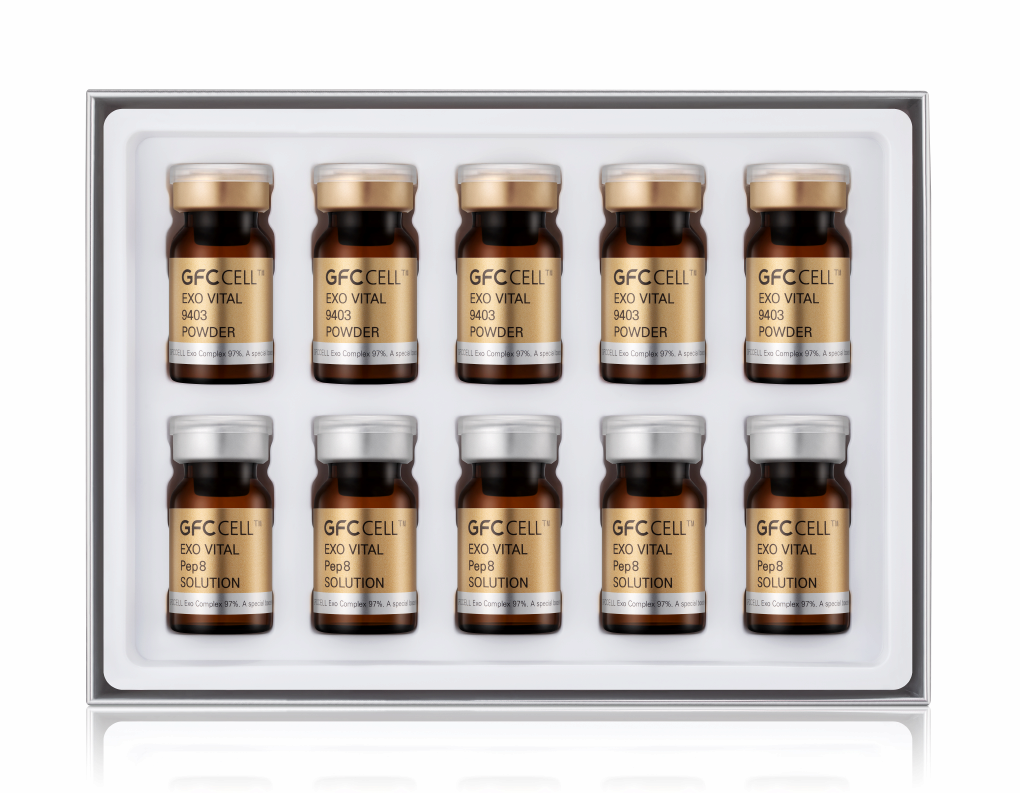 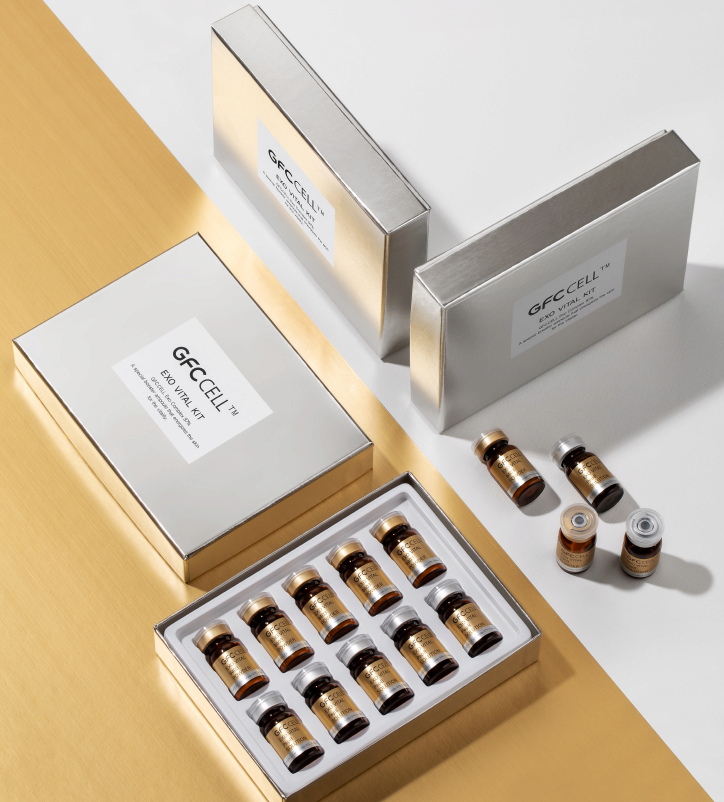 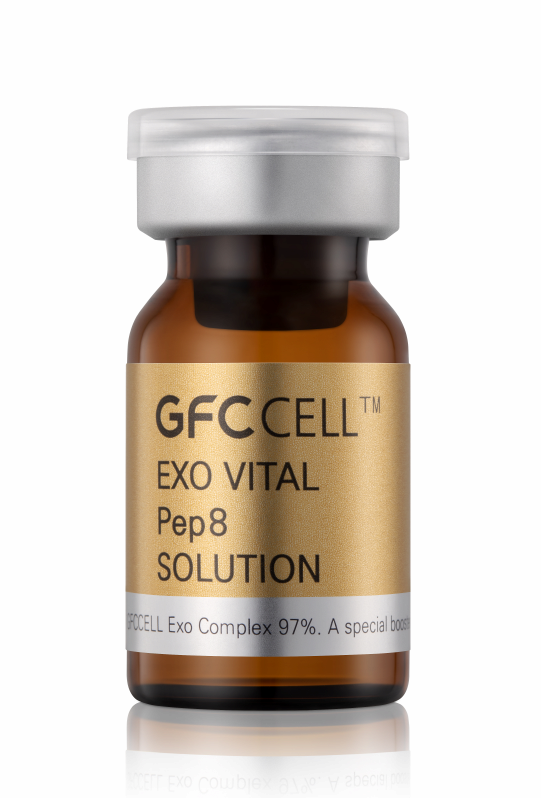 As for 2nd agent,  it is 8 kinds of funtional peptides based liquid solution.

Combination of 8 kinds of peptides are specialized for anti-aging, anti-wrinkle and whitening effects.

and it has the increased anti-oxidant effect by containing various skin active ingredients such as adenosine, collagen and panthenol.

and especially it went through Endotoxin test so can be injected by skilfull dermatologist safely.

and GFC CELL Exo Vital conducted human application clinical test by an authorized clinical laboratory and it was proved its safety, skin regeneration effect and anti-aging effect through the clinical trials.

GFC CELL Exo Vital is a skin booster used by famous estheticians in the Middle East, Japan, and the United States, as well as Korea's famous dermatologists. 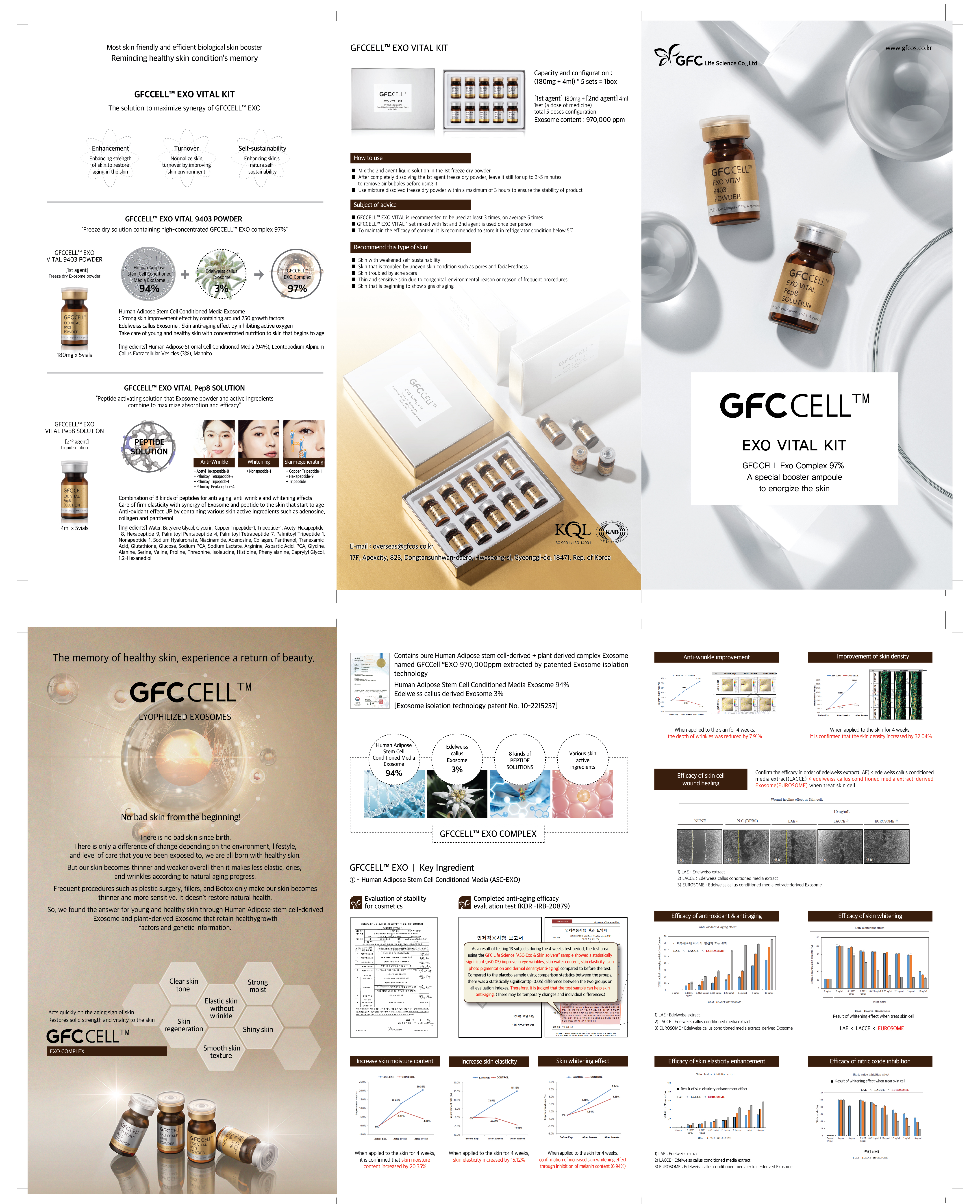