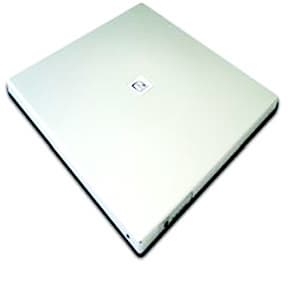 * Option
Optional genders for use with a wide variety of devices.

>> Many power PC users have felt that the capacity of the built-in battery of a notebook PC is not long enough lasting for only about 2 hours at the time of purchase and being reduced to less than 1 hour after use for the first 6 months NOTEPACK is an external lithum-ion battery pack developed for many notebook PC users who are suffering from the short battery lifetime of the built-in battery and also who want to use their notebook PC for longer hours even in the place where the power is not available.


>> In the event that you purchase a 2nd battery for longer use of the PC but that you, unfortunately, want to upgrade your notebook PC to other brand due to some reason, both batteries become useless in the new notebook PC in most cases. On the contrary, NOTEPACK can be used with any notebook PC regardless of brand as the NOTEPACK is designed to use with most of notebook PC's on the shelf.


>> In addition, when the full charged battery of a smart phone or a tablet PC is running out in the middle of enjoying conversation, internet, movie or video game in the subway train, you can continue what you are doing by charging the battery anywhere as long as you have a NOTEPACK and a suitable gender

* Applications
All battery products include a charger, a connection cable, and 7 kinds of multi-tips.

Founded in 1996, URIMKOREA has been developing LED LIGHT, SOLAR, Li-ion battery pack, and PCM, and has a lot of certificates and patents from many countries such as IS0 9001, UL, CE, PSE, and KC.

In its product groups, there are LED LIGHT, SOLAR PANEL, LI-ION BATTEY PACK,and GENDER.In particular, LED LIGHT which can be used at home or in a mountainous area with no electricity for more than 10 hours and external LI-ION batteries which can be used for more than 5 hours for notebooks in an office with no electricity are the prides of our company.

Besides, INVERTER with which a refrigerator can be used for 2~4 hours during the blackout is equipped with LI-ION batteries. This is the best of our technologies.