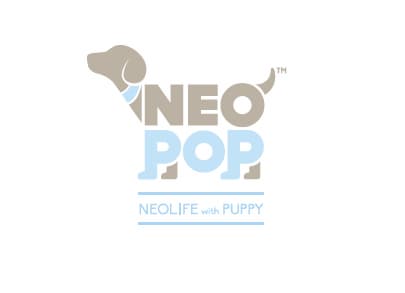 Only one stuff in the world you can find from NEO POP!
Smart safe and stylish for your dogs!

It provides information of your pet through the LED screen which has already registered patent. NEO POP PET Band is also adorable along with LED screen, relaxed not to bother pets, easy and reliable to manage all the information on pets at one time; moreover, it provides this information to veterinarians through the band so that they can find out health condition of your pets. Also, we are planning to develop Bluetooth as well as GPS system in near future, then you can track your pets through your own mobile; preventing missing dogs.

* Input the Information
You can input whatever phrase you want in addition to basic patterns, owner name, telephone number, pet name, and RFID.

* Easy charging and long lasting
Charge the product conveniently with your smart phone charger, it is lasting 20 hours when you charge only 2 hours.

* Stylish color
Gold, Silver, Pink, and Skyblue there are four different buckle colors for you. Make your dog stylish!

* Easy to use Buttons
Everyone can use this product easily with simple ON/OFF and control button.

NEO POP was established on February 2015 which aimed to provide wearable products to pets. Nowadays, as we faced an aging as well as unmarried single society, people are growing more and more interested in pets. Along with this perspective, we provide LED band to pets so that they can be easily visible at night time; moreover, as this LED band contains information of not only pet herself but also her owner, we are strongly expected that it will eventually help abandoned dong find a home.

There are 7 members of NEO POP team; Mr. Seo Young Jin, chief executive officer; he graduated in Korea University major in Electronic Engineering, worked in IBM as a consultant and he also worked in LG electronics as cell phone and home TV project manager. Mr. Hong Seok Hyeun is in charge of global market. I graduated in State University of New York, Binghamton major in Political Science, worked in the National Assembly of Republic of Korea as a political advisor in Ministry of Trade Industry and Energy and Ministry of Foreign Affairs policies. Mr. Seo Wan is responsible for marketing. Mr. Choi Jung Man is in charge of developing HW, Mr. Kim Sang Tae is on SW, both of them had experience in LG electronics. Moreover, Mr. Lee Ju Sung, a lawyer, gives positive consideration of a legal question, and Mr. Kim Seok Hwan, a veterinarian, gives positive consideration of safeness of the product. 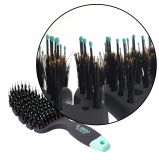