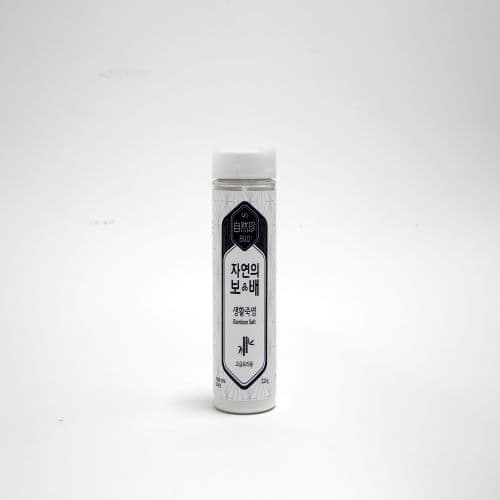 The island of sinan-gun in Jeonnam province floating on the southernwest sea of the Korean peninsula is the hometown of our Bamboo Salt.
Baked at a high temperature of over 1200℃, breaking down and eliminating harmful substances. It also holds an oxidation reduction potential of 500mV.
Source - Solar salt 100% (Korean)

“Salt,” medicine if you know how to eat, but poison if you do not.

The media including TV and newspapers, and even health-related journals are arguing in unison that salt is the biggest culprit of sodium. They insist that salt is not good to our health at all, causing High blood pressure and so on. Then is their insistence is true? Should not we really eat salt?

Of course, it is wrong because salt is indispensable to human life in many parts, including eating.

From ancient times, salt has been considered as the second important food following rice, and the saying in the Bible, "You are the salt of the world," means that salt is the essence of life and matter.

Salt, used to season and flavor various foods, keeps nutritional balance of human body. And, it functions not only as a natural preservative keeping the body from decaying by maintaining the salinity of the blood, but also as a biocatalyst improving blood stream. Therefore, salt is a vital nutrient for human body.

In short, salt has a function to increase metabolism of human body.

There are different types of edible salt.

First, there is bay salt made by drying sea water using the sun and wind, white salt created by boiling water with bay salt to eliminate impurities, and refined salt produced by reacting sea water with sodium or chlorine through ion-exchange membrane process.

Needless to say, baked salt and bamboo salt are good for health. Refined salt of pure sodium chloride has toxicity in itself, but bay salt can lose its toxicity and get the properties of medicine because the minerals including calcium, magnesium and potassium are naturally mixed in it.

Sydney Ringer, a British clinician, found out the conflicting effect between refined salt and bay salt through experiments with frogs, and made Ringers solution of physiological saline, and Prof. Mushiyamuni at Osaka University in Japan established Association of Research on Table Salt and pointed out the harmfulness of refined salt, saying, “White salt is a murderer that makes people die slowly.”

Like this, bay salt and refined salt have opposite roles, as the former is to save people while the latter is to kill.

The human body is slightly alkaline of pH7.4. Because alkaline foods don‘t prevent enzymes and antioxidants from functioning properly but help you raise your immunity by improving the ability of digestion and absorption of food, you can be strong and healthy if you eat them.

This means that alkaline food and water activate the function of internal organs in human body if ingested. However, as people begin to eat baby food after a period of lactation, their bodies are turning acidic. Excessive acid wastes accumulated in the body not only by chronic bad eating habits (having various instant food, polluted water, food with excessive residual pesticides and with various chemicals) but also by various stresses and serious air pollution are not discharged in time from the body through perspiring and urinating. When people lose their ability to keep their body alkaline, they will suffer from various diseases due to diminution of the physiological function caused from acid wastes accumulated in their bodies.

But our bamboo salt products were proved to maintain alkalinity and ORP values in the body to the quite satisfactory level. Many of them have fairly good reducing power over -400 mV and strong alkalinity over pH 11. Even though considering the range of errors, our products (origin) show the superiority in quality, having their reducing powers of more than -500mV.

We have so many oxidizing agents around us, but very few reducing agents. The substances with ORP value under Zero mV have strong reducing power to remove wastes and toxins in our body. We can say that the lower ORP value from zero the substance has, the stronger its ability to improve aging is, and in contrary, the higher value from zero it has, the stronger its oxidizing power is and the more easily wastes and toxins are accumulated in the body.

01. We are an environmental friendly company that the puts health and happiness of our customers and nature first.

02. We make products that keep our customers coming back.

03. We provide our customers with touching experiences through the best quality and expertise.

05. We aim to keep up with continuous R&D for new products and patent registration.

06. We produce and supply our products both in B2B and B2C.

07. We don't limit ourselves to the domestic market and always aim for export and overseas markets.

1999. 06. Made OEM Contract with Daesang Food Inc. as a  supplier of Chungjungone Roasted Salt.

2001. 12. Made a contract with Qi Power Inc., Japan for the  manufacturing on commission through the use of patented process.

2002. 07. Became a stockholder of Qi Power Inc., Japan and registered as a foreign investment company.

2005. 01. Appointed as a promising small & medium-sized business by Jeonnam Province.

2014. 03. Awarded a trusted taxpayer by the Minister of Strategy and Finance.

2014. 03. Appointed as an IP Star Company by the Jeon-Nam Intellectual Property Center. 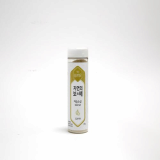 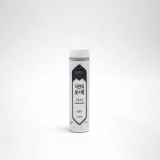 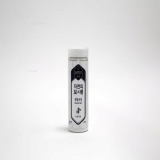 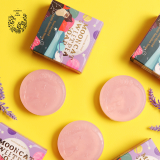