Description
Omegisul Product Volume : 375mlAlcohol Content : 13%Expiry Date : 18 months after bottling Omegisul is a traditional liquor made by fermenting omegitteok and malt, and it developed over time alongside the lives of the Jeju people.It is newly produced using Jeju natural bedrock water and broadleaf bamboo native to Mt. Halla to improve taste, scent, and quality. 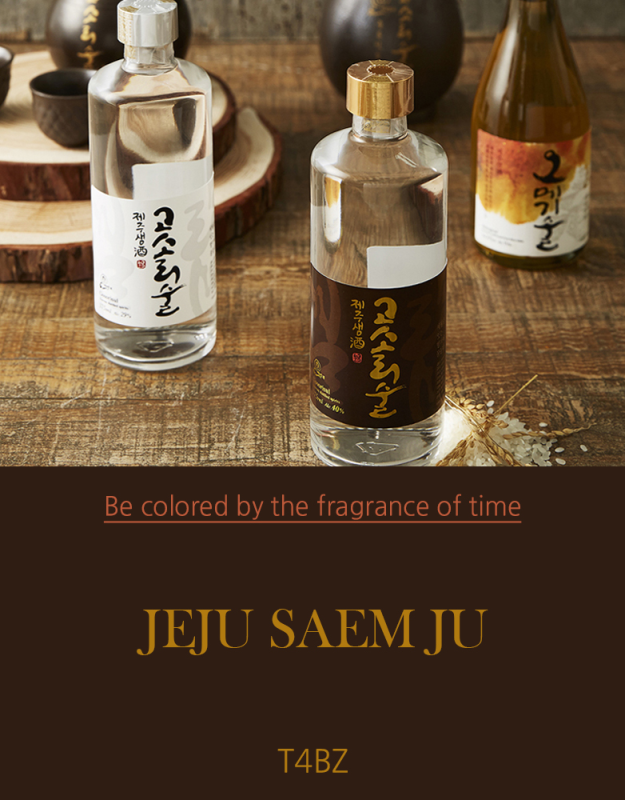 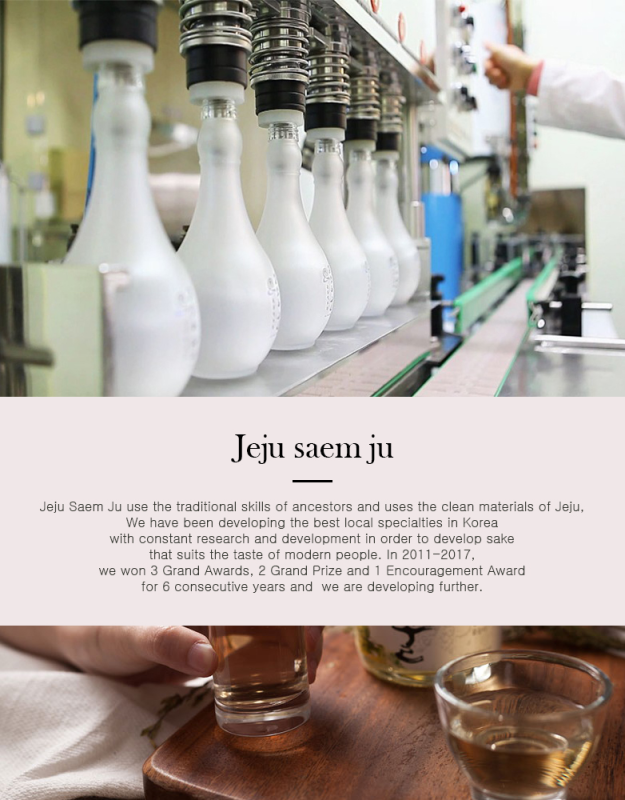 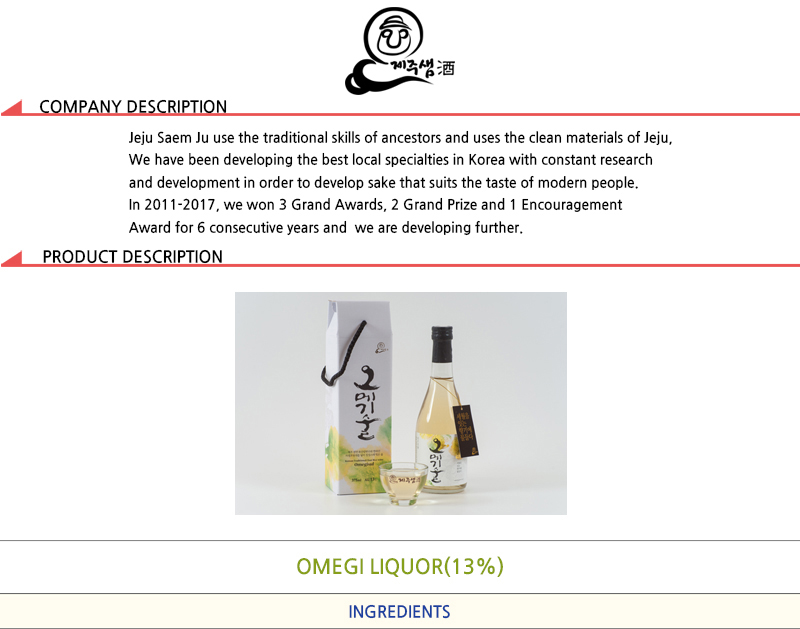 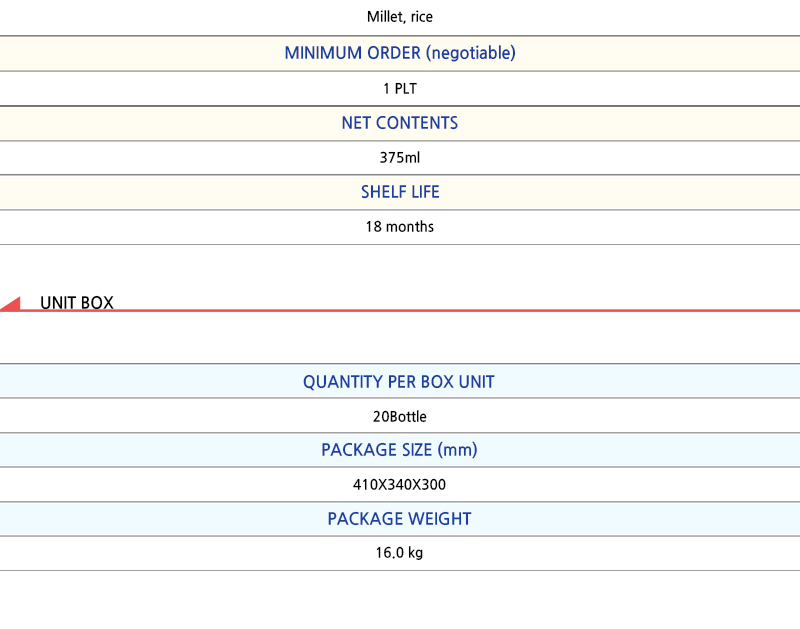 Omegisul is a traditional liquor made by fermenting omegitteok and malt, and it developed over time alongside the lives of the Jeju people.

Jeju Saemju has reproduced tradition by brewing Omegisul (Herbal Liquor) and Gosorisul (Distilled Soju) that Korean ancestors enjoyed drinking with natural bedrock water from a volcano in Jeju clean agricultural products in the region and at the same time, developed the best alcoholic beverage in Korea by constant research and development that are to Korean taste and the introduction of the production automation system.

Jeju Saemju has won several prizes (Three times for the grand prize and one time for the excellent prize) in the Korean Sool Competition & Grand Festival for the third consecutive year, the silver prize in the 2015 San Francisco World Spirits Competition (SWSC), the gold prizes in the 2014 & 2015 Belgium Monde Selection for the second consecutive year, and the bronze prize in the UK International Wine & Spirit Competition. Like this, Saemju has grown as the Korean famous alcoholic beverage that is true to the name as it achieved recognition from the world as well as Korea.